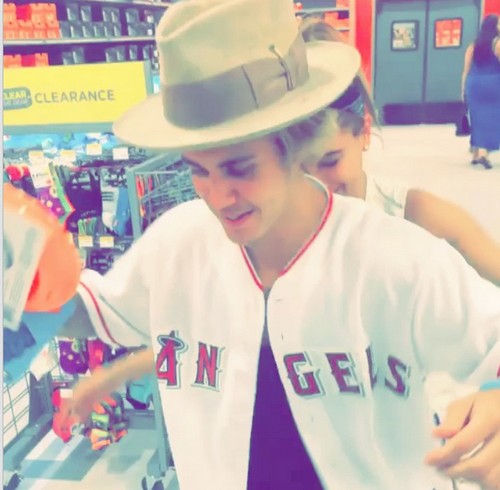 Will this romance ever die? It seems like Selena Gomez is, once again, trying to win back her first true love, Justin Bieber. The young power couple has been on and off for as long as we can remember, but last time it seemed that things were officially over for these two. Selena Gomez started dating DJ Zedd, and Bieber seemed to move on as well. All was at peace in the young lovers world. Then, rumors started to surface that Gomez was not over Justin Bieber, and now there is trouble in paradise for the young singer and her boyfriend Zedd. Next, Bieber was spotted at the Coachella Festival getting cozy with his friends Kendall Jenner, and Hailey Baldwin.

Justin Bieber posted this video on Instagram of himself and Baldwin attempting to hula-hoop together at Target. Apparently, the heart really does want what it wants, and Selena wants Justin, because she ended up liking the video on Instagram. What kind of signs is she sending?

Selena and Justin broke up, last time, because Selena found text messages from Kendall Jenner on Bieber’s phone, and suspected the two of flirting behind her back. I’m sure seeing Bieber and Jenner getting closer over these past few months has been difficult for the young singer.

Sources have said that Selena’s bestie, Taylor Swift, may be telling DJ Calvin Harris, who is friends with Selena’s current boyfriend, Zedd, that Selena has not been able to move on from Bieber yet. This has reportedly been causing a lot of stress in the relationship, which could potentially be giving Selena a lot of time to think about what she really wants.

Should Selena Gomez try to get back with Justin Bieber, or should she just move on with her life, and focus on her current relationship with DJ Zedd? With these two, it seems like we can never know what they are actually feeling for each other. Of course, Gomez could have just liked Bieber’s video by accident when scrolling through her feed, or maybe she did it to be spiteful. What do you think?