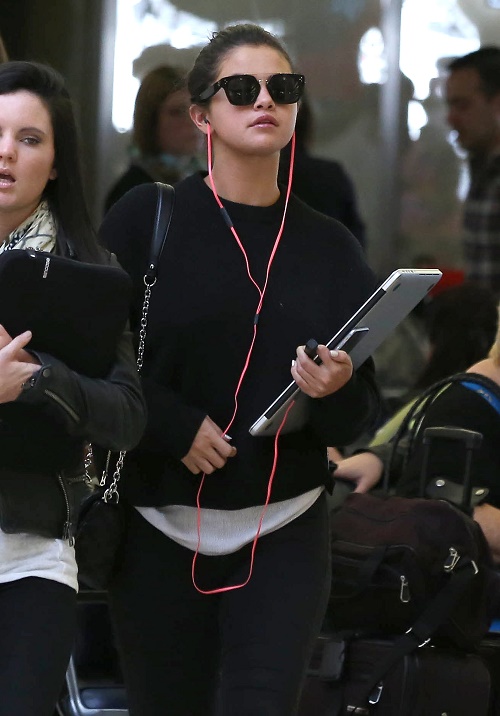 Is Selena Gomez starring in her own reality TV show? Selena Gomez hates Kendall Jenner – but she apparently has quite the rapport with her momager, Kris Jenner, and they are working on a reality TV show together. Kris is seeing dollar signs – she could care less if her kids have beef with Selena over Justin Bieber. The money-hungry momager is determined to cash in on Selena Gomez and get her a reality show.

According to the June 1 edition of OK! Magazine, Kris and Selena have been working on ideas and storylines for the potential reality TV show. An insider dished to OK! Magazine, “Selena Gomez is tired of being seen as Justin Bieber’s lovesick ex, so she has hatched an idea for her own reality TV show. Kris is convinced that they could have a hit on their hands, she is serious when she tells Selena that her show could cause the Kardashians’ ratings to dip.”

Does anyone else see this completely backfiring and blowing up in Selena’s face? First of all, linking yourself to Kris Jenner is basically career suicide in Hollywood. SelGo will automatically be associated with Kris’s trashy Kardashian family. Second of all, Selena’s claim to fame is that she is Justin Bieber’s ex. Sure, she can sing and act, but at the end of the day, every time her name is in the news, it is linked to Justin’s in some way or form.

When everyone tunes in to her show and realizes that it has nothing to do with Justin Bieber, ratings are going to sink quicker than the Titanic. And, the only thing more embarrassing than sinking low enough to have your own reality TV show, is when your reality TV show proves a complete failure.

What do you think, would you watch a Selena Gomez reality TV show? Or is teaming up with Kris Jenner basically career suicide? Let us know what you think in the comments below!