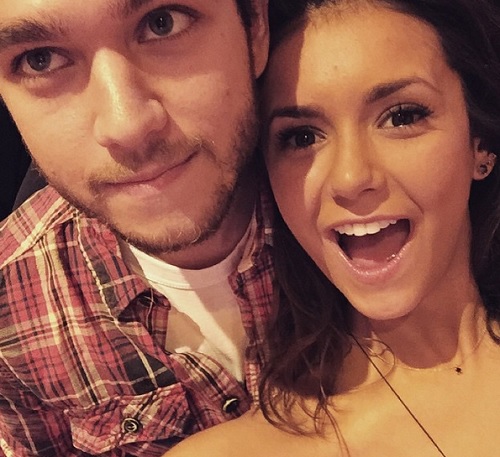 Is Nina Dobrev dating Zedd, Selena Gomez’s ex-boyfriend? The former Vampire Diaries actress shocked her followers on social media on May 18 when she posted photos of herself hanging out with DJ Zedd. It’s no secret that Nina Dobrev and Selena Gomez have been friends for years – but it’s a little concerning to see Nina still hanging out with Selena’s ex, even after they broke up. Rumor has it that Nina Dobrev and DJ Zedd are definitely growing closer and will be “more than just friends” in no time.

Nina Dobrev and Zedd’s relationship is wrong on so many levels, but in a twisted way they are perfect for each other right now. We can’t ignore the hypocrisy of it all. Nina basically just pulled a Nikki Reed. Remember when Nina and Ian broke up, and then Nina’s former BFF kept hanging out with Ian? Now, Nikki and Ian are married, and Nina was devastated that her “friend” snuck in and began hooking up with her ex. How is what Nina is doing with Zedd any different?

But, at the same time, we can’t ignore the fact that Zedd and Nina are both going through tough times right now. Nina just quit The Vampire Diaries and can’t find a new job, and she just had to endure her ex Ian marrying her ex-friend Nikki Reed. Zedd is in a similar boat. He professed his love to Selena Gomez and she dropped him like a bad habit because she is still in love with Justin Bieber. Basically, Zedd treated Selena like a Princess, and she dumped him for a guy that treats her like dirt. So, in Nina and Zedd’s defense, they could both use a rebound relationship to perk them up.

A source close to Zedd’s circle revealed that all of his friends are pro-Nina, it’s not exactly a secret that they weren’t fans of Selena Gomez. The insider dished, “Nina and Zedd aren’t official yet, but they have bene spending a lot of time together and there is definitely something there. Sure, it is a little wrong for Zedd to hook up with Selena’s friend – but after the way she treated him, it is almost poetic.”

What do you think about Nina Dobrev dating Zedd? Would they make a cute couple? How is Selena Gomez going to react? Let us know what you think in the comments below!