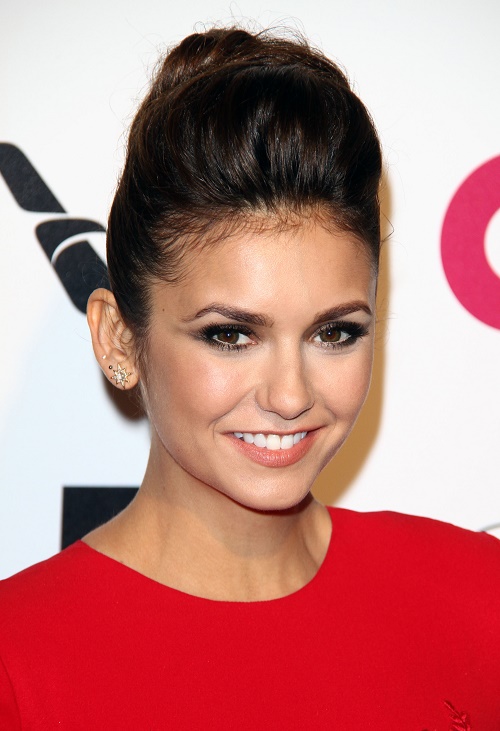 Nina Dobrev was certain that her ex Ian Somerhalder would be in the unemployed line in no time after she quit The Vampire Diaries – but it looks like the show will go on without her, and might not even miss her. When Nina’s ex-boyfriend Ian Somerhalder and Nikki Reed began planning their wedding, Dobrev had had enough, and announced she was quitting The Vampire Diaries. Nina was certain the show would be a flop without her and Somerhalder’s gig would sink faster than the Titanic. And the actress planned to land a major movie role, just so that she could rub her Blockbuster career in Ian’s face. But nothing seems to be going as Nina planned.

Nina Dobrev hit the pavement and began auditioning for movies as soon as she quit filming Season 6 of The Vampire Diaries – but to her shock, no one seems to want her. The Vampire Diaries actress was certain that as soon as news broke that she was a free agent and interested in movies, producers were going to be lining up at her door, but so far she hasn’t had any luck. She is learning the hard way that actresses would kill for a steady gig on a TV show like what she had, because the ration of actresses to work in Hollywood is devastating.

Not only is Nina having a tough time finding work since quitting The Vampire Diaries, but Vampire Diaries fans seem to be completely over the initial shock of her leaving the show, and totally okay with it. Nina was certain The Vampire Diaries would be cancelled without her, but her character’s exit seems to have breathed new life into the show and opened up a myriad of new potential storylines.

Fans are so excited about Season 7 spoilers and rumors teasing a possible relationship with Damon and Bonnie that they don’t even seem upset that Nina’s character Elena has exited. In a strange twist of events, Nina Dobrev quitting The Vampire Diaries might actually turn out to be what saves the show.

Do you think Nina will find a new job soon, or will she have to go back to being a TV actress because no movies will cast her? What about The Vampire Diaries? Could the show actually get better now that Nina is gone? How do you feel about the rumors floating around teasing that Damon and Bonnie could hook up in Season 7? Let us know what you think in the comments below!