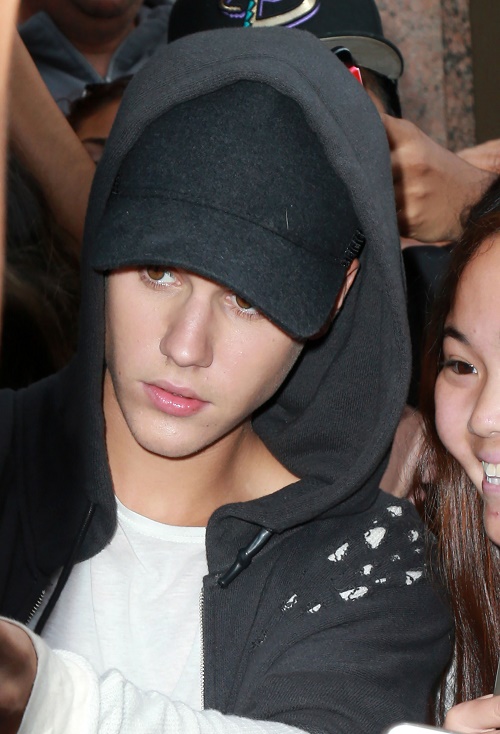 Selena Gomez and Justin Bieber are not dating, and the odds of them getting back together anytime soon are dismal. Selena and Justin are actually both promoting diss songs they wrote about each other after their recent hook-up sessions came to a screeching halt when Biebs found out he was not the only man in SelGo’s life and she was also hooking up with Orlando Bloom.

Selena Gomez has made it very clear that she has no intention of dating Justin Bieber again, but she continues to use “jelena” to help her promote her new album “Revival,” which has an October release date. And she and Justin Bieber are rumored to have both been tapped by MTV to sing their songs about each other during the 2015 Video Music Awards on August 30. For someone who has no interest in Justin Bieber, she sure has been talking about him a whole lot – and Biebs has noticed.

Just this week Selena Gomez sat down with Sunday Times for an interview in their Fashion section, and she spent a large portion of the interview discussing her former relationship with Bieber. Selena explained, “I didn’t think I was doing anything bad by falling in love. There’s such an emphasis on people being the perfect thing and then destroying them because it’s good press. Also throw in the fact that you are a teenager — it makes it more difficult. The next relationship will be something dear to me. There is no way I will ever hide my life.”

A source close to Justin’s camp dished to CDL that Justin is upset that Selena is using their relationship to help her promote her new album. He is still hurt that Selena played him a few months ago, and thinks that she is using his name to boost her record sales. The insider explained, “Justin was always insecure about his relationship with Selena, because he constantly felt like she was using him to further her career. Now, the stunts that Selena is pulling are only cementing Justin’s old fears. He tried to win her back this year, and she basically stomped on his heart and then turned their hang out session into a photo-op. He feels like he was right all along about her using him, and their three year relationship was all a publicity gimmick to her.”

We are seriously hoping that Justin and Selena do both take the stage at the same time to perform their song about each other at the VMA’s, because it is going to be must-see TV. Tensions have been coming to a boiling point between the two of the for months.

Do you think that Selena is cashing in on her relationship with Bieber? Is he right about Selena using him, or is he just cocky and paranoid? Let us know what you think in the comments below!