Selena Gomez and Justin Bieber Join ‘The Voice,’ Singing Diss Songs About Each On Live TV? 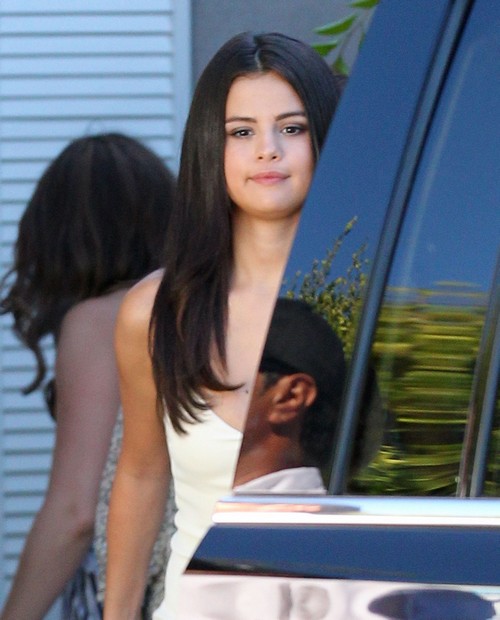 Selena Gomez and Justin Bieber are never getting back together – but NBC might be forcing them to publicly reunite on The Voice this fall. Selena Gomez is on fire, 2015 is definitely her year. With two hit singles, “I Want You To Know,” and “Good For You,” her album “Revival” to be released in October, and a rumored gig on Broadway – SelGo is a force to be reckoned with. And, now People Magazine is confirming that Gomez has been cast on NBC’s singing competition The Voice, as an advisor for Gwen Stefani’s team.

This is Selena’s first stint on The Voice, it’s not exactly shocking that she signed on to the show to promote her new album, “Revival.” Rumors have been floating around for weeks hinting that Selena had been hired by NBC – so this isn’t really a bombshell by any means. What is interesting though, is that according to the rumor mill, Justin Bieber is actually supposed to be appearing on The Voice this fall too. Awkward!

Selena Gomez and Justin Bieber’s tumultuous three year relationship is finally over, and there is definitely some bad blood between the two exes. This year Justin and Selena began hanging out again – only their reunion quickly came to an end when it was revealed that Selena was also hooking up with Orlando Bloom. After the truth came out, Justin dissed Selena Gomez and said that his ex-girlfriend was “Flip-Floppy” and his new song “What DO You Mean” was written about her. Selena is reportedly working with Taylor Swift on a diss song about Justin Bieber in retaliation.

How awkward would it be for Justin and Selena to both appear on The Voice to promote their diss songs about each other? If the rumors are true and Justin Bieber is also appearing on the next season of The Voice, then it is a brilliant publicity move for NBC – and will also be painfully awkward for Selena and Biebs. DO you think one of them will back out at the last minute? Let us know what you think in the comments below!