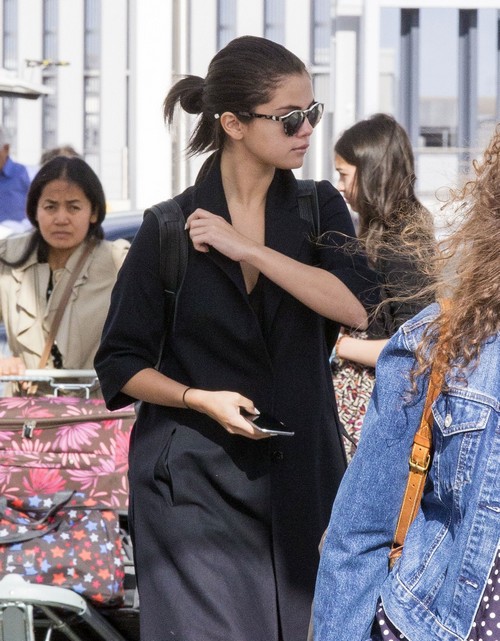 Justin Bieber announced that he is finally releasing a new single titled “What Do You Mean” on August 28, and he threw some major shade at his ex-girlfriend Selena Gomez in the process. Rumors have been floating around for quite some time that Justin was working on some sort of diss song about Selena, and seeing as how he just found out she was totally playing him – now seems like as good a time as any to release it.

It was no secret that Justin Bieber desperately wanted Selena back, and Jelena fans rejoiced when it was confirmed that the duo were hooking up again – they were spotted in public getting cozy this summer on more than one occasion. But, Justin’s happiness was short-lived, it was revealed that he wasn’t the only man in Selena’s life. Apparently, Selena decided to give Justin a dose of his own medicine and was hooking up with him and her old flame Orlando Bloom – at the same time. It can’t be a coincidence that Justin announced he is releasing “What Do You Mean” just a week after it was revealed that Selena was totally playing him.

On Wednesday July 29 Justin went on “On Air With Ryan Seacrest” to discuss his new song. When asked about what inspired him when he was working on his single Biebs dished, “Girls are often flip-floppy. They say something and they mean something else. So … what do you mean? I don’t really know, that’s why I’m asking.” It doesn’t take a whole lot of investigating to put two and two together. Selena Gomez fought with Justin throughout their entire three year long relationship because he was always flirting with other girls and cheating on her. He finally got it together and this time around was being the perfect boyfriend and doing everything he thought she wanted, but all of a sudden she didn’t want a perfect boyfriend anymore – and she was hooking up with Orlando Bloom behind his back! That sounds pretty “flip-floppy” to us.

Are you excited for Justin Bieber’s new song? Do you think he is dissing Selena Gomez? Is she the “flip-floppy” girl that he is referring to? Let us know what you think in the comments below!

Justin Bieber is spotted leaving Il Pastaio in Beverly Hills, California after enjoying lunch on July 30, 2015. Justin recently announced that he will release his new single “What Do You Mean”

Selena Gomez catches a flight out of Heathrow Airport on July 28, 2015 in London, England. FameFlynet