Selena Gomez Hooked Up With Justin Bieber Then Went On a Date With One Direction’s Niall Horan? 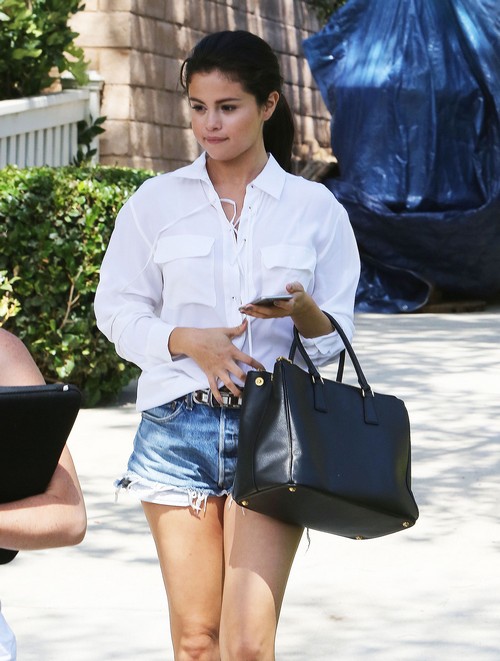 Selena Gomez was just spotted on a date with One Direction’s Niall Horan! Seriously, is there a male singer under the age of 25 that Selena Gomez hasn’t gone on a date with yet this summer? We get that Selena is doing her whole “rebirth” thing, and wants everyone to know that she is SO over Justin Bieber – but if she doesn’t slow down, she is going to become a female version of Justin Bieber. Ironically literally the same day that Selena went out to lunch with Niall – she was spotted hanging out with her infamous ex Justin Bieber!

At this point, we’re not even sure Selena Gomez knows who she really is dating. Just last week she was on Ed Sheeran’s arm, and the duo totally snubbed Justin Bieber at a private party! Then, she was out with Nick Jonas, but kicked him to the curb to hang out with Cody Simpson. Now, she is hanging out with her ex-boyfriend Justin Bieber again, and dating Niall Horan on the side! Selena Gomez must be the envy of every teenaged girl in the galaxy at this point.

So, is Selena Gomez getting back together with Justin Bieber? We are truly as baffled as you are at this point. It’s no secret that Justin Bieber wants Selena Gomez back, there was even a shout-out to her in his latest music video with Skrillex. But, Selena is not taking the bait, and is totally happy focusing on her career and dating a different guy every week. And, that is most likely the reason Biebs is trying so hard to win her back. Justin always professes his love for Selena when she starts moving on. Then, he reels her back in, and once he has her – he doesn’t want her anymore. It’s a never-ending cycle.

Do you think that Selena Gomez will forgive Justin and they will get back together, or is she going to stay strong this time? Of all the guys Selena has been spotted with lately, who do you think she makes the cutest couple with? Cody Simpson, Ed Sheeran, Justin Bieber, Nick Jonas, or Niall Horan? Let us know what you think in the comments below!

Selena Gomez stops to visit a friend in Los Angeles, California on July 9, 2015. Selena recently made headlines after she was spotted enjoying dinner with her ex-boyfriend Nick Jonas – FameFlynet