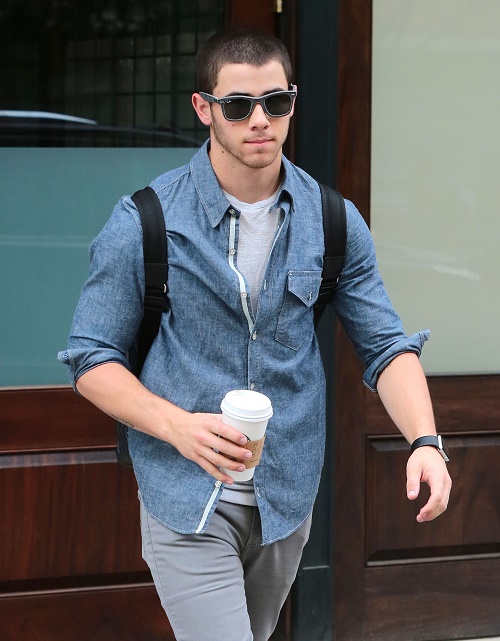 Selena Gomez dating rumors are in overdrive after she was spotted on a date with her ex-boyfriend Nick Jonas at Osteria Mamma in Los Angeles, California. For those of you who don’t remember, Nick and Selena were actually an item back in 2008 during their Disney days. Nick recently broke up with his longtime girlfriend Olivia Culpo, and Selena Gomez is clearly playing the field and dating a different guy every night of the week. Seriously, what happened to Ed Sheeran and Cody Simpson?

A witness at Osteria dished to Page Six that Selena and Nick’s date was “awkward at first.” They arrived at the restaurant and hugged each other before they headed inside and got a table in the back. Eventually, some of their friends joined them and helped them break the ice a little. Now, we could argue that they are collaborating a new song and it was a business dinner and not a date. But, considering the last guy she collaborated with she wound up hooking up with (DJ Zedd), isn’t it basically the same thing?

Although a Nick Jonas and Selena Gomez reunion would be awesome, and super nostalgic, we aren’t going to get our hopes up. We were just starting to warm up to the idea of her dating Cody Simpson, and that ship seems to have already passed. Is anyone else beginning to think that Selena Gomez borrowed a few pages out of her ex-boyfriend Justin Bieber’s playbook? Then again, if we got tortured by Justin Bieber for three years, we would have trust issues too – and be playing the field.

Do you think Selena Gomez and Nick Jonas are really dating? Could he be the guy that finally gets her to settle down? Or should she have stuck with Ed Sheeran or Cody Simpson? Let us know what you think in the comments below!