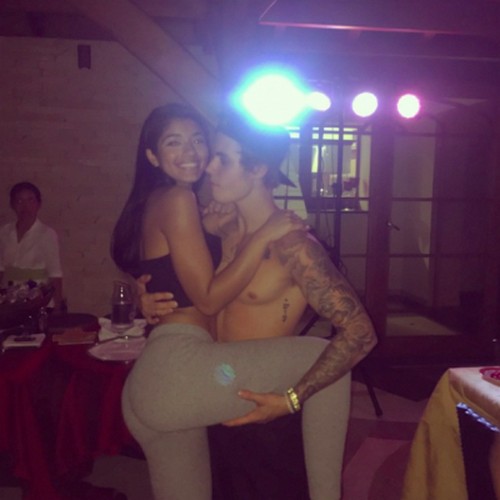 Justin Bieber recently went on a tour of contrition and tried for several weeks to apologize to Selena Gomez. Unfortunately for him, all of his attempts to win her back ended in failure, probably due to his inability to fake humility, even on television. Either way, Selena Gomez stayed with Zedd, and Justin was once again left hunting for a rebound. Luckily for him, there are Instagram models galore that are willing to hang out with him for their share in the spotlight, and Yovanna Ventura is one of them.

Justin just turned 21 years old, and Yovanna [who had a fling with Justin last year] uploaded a picture of him with her arms draped all over his shoulders. And in addition to that, Hailey Baldwin [another fling] also uploaded a picture with her arms wrapped all over Justin, wishing him ‘Happy Birthday’. I don’t know whether Justin is asking them to do this or they are uploading this of their own volition, but it’s very obvious a very clear f*** you to Selena Gomez. She didn’t take him back, so Justin is now doing everything in his power to make her regret it. Pose topless with his six pack? Check. Pose half-naked with other girls? Check. Post all the pictures to social media, knowing that Selena will eventually see them? Check.

Plus, Justin is clearly stoned in half of these pictures, and that’s yet another fact that he will throw in Selena’s face. One of the reasons for their breakup was reportedly because Justin’s partying became too much for Selena to handle – i.e., if she wanted to keep her music and movie career intact, she would have to cut contact with him.

At the end of the day, Selena Gomez will probably get jealous, but she seems to have settled down with Zedd – at least, a little. Enough that Justin posting all these pictures won’t drive her up the wall, like it would have done in the past.

What do you guys think about Justin and his lady friends celebrating his 21st birthday? Let us know your thoughts in the comments below. 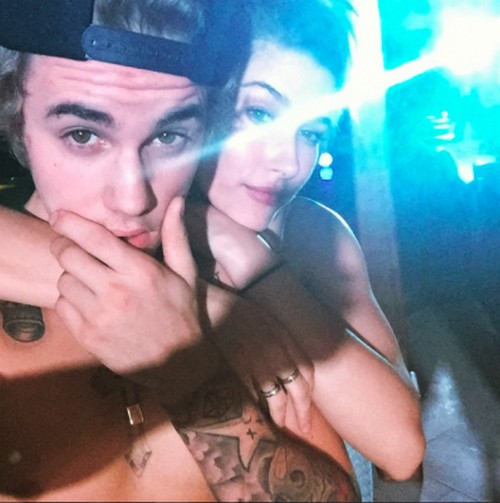