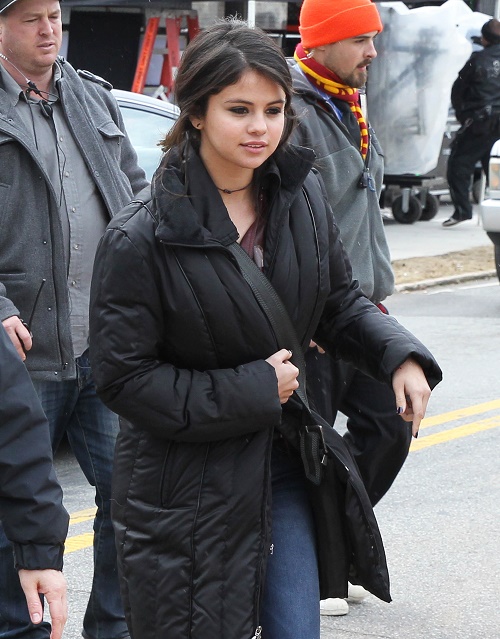 Selena Gomez and her “I Want You To Know” music video co-star DJ Zedd have taken 2015 by storm, and are easily one of Hollywood’s hottest couples right now. Selena’s on-again off-again ex Justin Bieber has reportedly not taken Selena’s new romance well, and has been trying desperately to win her back – or so we thought. In a recent interview with V Magazine, Selena Gomez opened up about her relationship with Biebs, and confessed that she will “always love him.” It looks like we may have been reading this Selena Gomez, Zedd, Justin Bieber love triangle all wrong.

According to reports all across the internet, Justin Bieber has been doing everything in his power to win back Selena Gomez, even trying to make her jealous by dating supermodel Naomi Campbell. But, according to an insider close to Justin’s circle, that is not actually the case at all. The insider snitched to CDL, “Everyone who knows Justin and Selena are laughing hysterically at the stories that are coming out right now. Justin is the one who cut off Selena, everyone knows it, even Zedd. If Justin actually picked up Selena’s phone calls and gave her the time of day – she would come running back to him. But, he has been giving her the cold shoulder and doing his own thing.”

Obviously, whenever someone is in a messy, public break-up, they want to be the dumper not the dumped one. So, we may never know who actually did the dumping – Selena Gomez or Justin Bieber. As happy as Selena seems right now with Zedd, this is not the first source to come forward and insist that the only reason Selena is with the DJ is because Justin Bieber has moved on. And, considering all of the things Selena gushed about her ex in her V Magazine interview, there could definitely be some truth to the claims that Selena still wants to be with Justin.

What do you think? Is Selena Gomez happy with Zedd, or is he just her second choice because Justin got tired of their never-ending drama and broke it off for good this time? Share your thoughts in the comment section below!