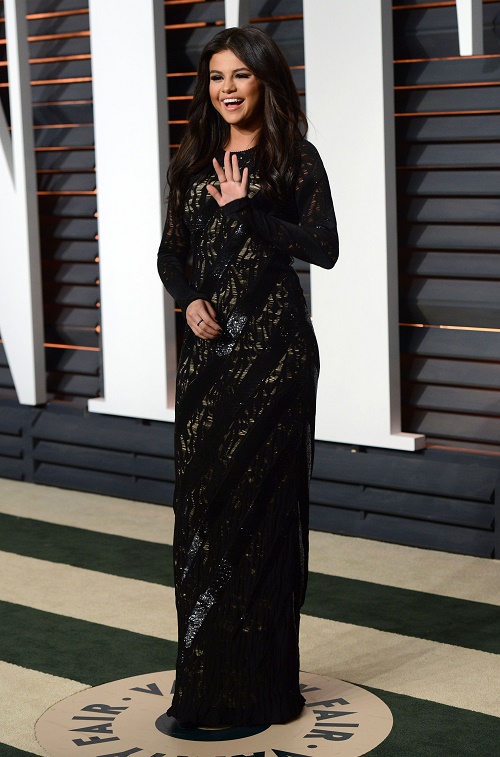 Selena Gomez and Zedd might breakup after Selena confessed that she’s still in love with her ex, Justin Bieber! Selena Gomez and her new boyfriend, Zedd, are still riding high from the debut of their first single together, “I Want You To Know.” But, after Selena’s recent interview in V Magazine where she confessed that she “will always love Justin Bieber,” Zedd is feeling very insecure about their relationship and will not let Selena out of his sight because he fears he will lose her to the Biebs. It’s no secret that Selena Gomez and Justin Bieber are still in contact with each other, and Justin has launched a campaign to win her back – and Zedd knows it.

Selena Gomez and Zedd attended the Vanity Fair Oscars after-party together, and Zedd would not let his girlfriend out of his sight. Attendees at the party were feeling smothered for Selena, whom Zedd was within an arm’s distance of the entire night. One partygoer dished to CDL, “Selena was having a good time and trying to mingle, but everywhere that she went Zedd followed her like a lovesick puppy. Whenever she posed for a photo Zedd lurked in the background. It was like he wanted everyone there to know that they were dating. Selena was practically tripping over him, because he was undertow the entire night.”

It really is ironic when you think about it: Selena Gomez acquired quite the reputation in Hollywood as a Stage 5 clinger. Both Justin Bieber and Orlando Bloom were completely smothered by the pop singer. Now, Selena has a clinger of her own. In Zedd’s defense, Selena did just confess to the world that she loved her ex-boyfriend Justin Bieber, so we totally get why he won’t let her out of his sight. If he turns around for two minutes, Biebs could swoop in and ride off into the sunset with his girlfriend.

Do you think that Selena Gomez and Zedd are in it for the long haul, or is it just a matter of time before she and Justin Bieber get back together and she kicks the DJ to the curb? Let us know what you think in the comments below!