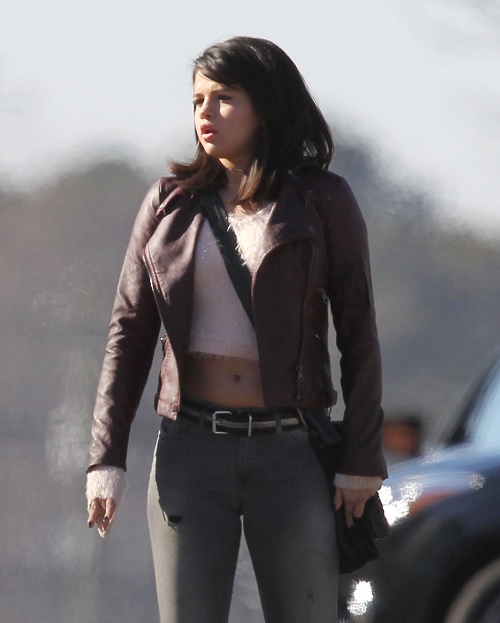 Selena Gomez is madly in love with her new boyfriend Zedd, and the singer recently dished in an interview with V Magazine that getting back together with Justin Bieber is not even an option. Selena explained to V Magazine that she doesn’t regret her long and tumultuous relationship with Biebs, but she has moved on and she even referenced a “new relationship.”

Justin Bieber is not taking Selena’s new relationship with Zedd very well, or the fact that she is flaunting a new sexed up image in her topless V Magazine cover. The last thing anyone wants to hear is how well their ex is doing without them, and it is driving Justin Bieber absolutely insane. Regardless of how many “Apology Videos” Justin releases or public appearances with Naomi Campbell – Biebs just can’t seem to get Selena’s attention.

Selena Gomez and Zedd haven’t gotten the last laugh though – Justin Bieber’s Comedy Central roast is set to air on March 30th, the happy new couple’s camp is concerned that he could do some irreparable damage to Selena’s image and their up-and-coming music video, which has garnered a lot of positive buzz so far. A close source revealed to CDL, “Selena hit a nerve with her V Magazine interview and basically informed Justin and the entire world that they are never getting back together. Justin is bitter, and he is itching to strike back. Everyone is worried about the Comedy Central roast, they think Justin is going to put Selena on blast and totally annihilate her relationship with Zedd.”

We all know Justin Bieber is rather unpredictable and has a bit of a temper – and it sounds like the Comedy Central roast is going to be must-see TV. Selena Gomez flaunting her relationship with Zedd all over social media is just poking the bear, it’s only a matter of time before Justin gives up trying to win her back and moves on to phase two of epic break-ups…revenge.