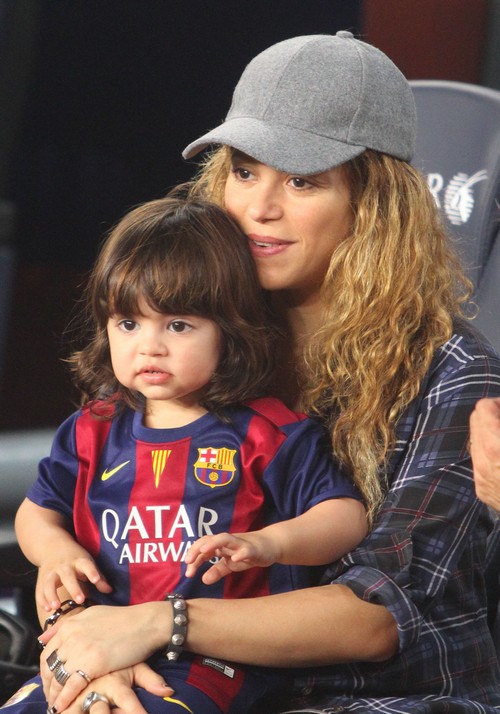 Shakira has just given birth to her second child with Gerard Pique, making her a mother for a second time. She reportedly gave birth via Caesarean in a Barcelona hospital, which is where the couple makes one of their homes and Gerard Pique is located for the Barcelona football team.

Now, Shakira and Gerard Pique are clearly intent on staying together and raising a big family, especially as Shakira has admitted that she’s intent having ‘eight or nine kids’. They’re already a quarter of the way there, and neither one of them shows any signs of slowing down. Careers? What careers? Although I suppose it’s easy when both of them have millions and millions of dollars and they can just hire nannies and help to take care of the kids. After all, Gerard and Shakira are very, very busy people.

Also, despite the cheating rumors that have plagued their relationship – particularly concerning Gerard Pique and his propensity for a wandering eye – there doesn’t seem to be any problems between the couple. They just had their second child, and while the name hasn’t yet been released, he will be joining their firstborn baby boy, Milan. I’m not sure a separation is really on their mind right now.

What do you guys think about Shakira and Gerard Pique giving birth to their second child, who just happens to be another baby boy? What will they name him? Another city in Italy? Let us know your thoughts in the comments below.