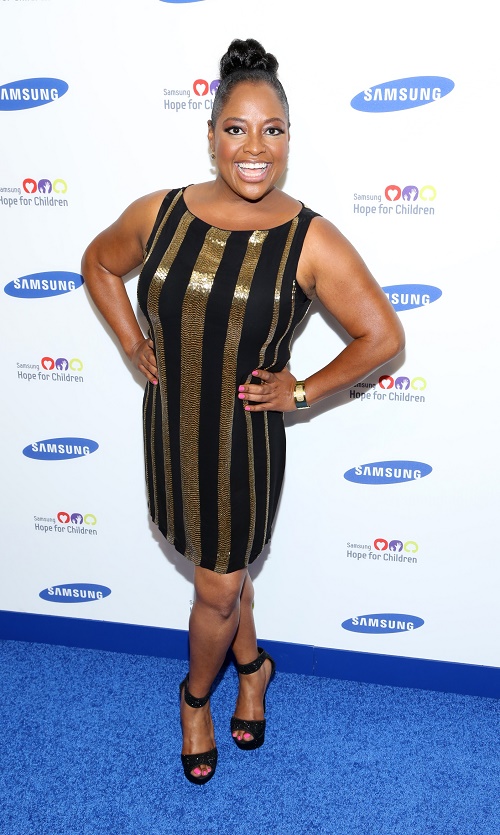 Sherri Shepherd’s surrogate mother, Jessica Bartholomew, was introduced to The View host through a surrogacy agency, and agreed to be impregnated with Lamar Sally’s sperm and another woman’s egg, and then hand the baby over to the married couple after he was born. So, technically, Sherri Shepherd is not related to the baby by blood, but that doesn’t make what happened next okay. According to the February 16th edition of Star Magazine, Sherri Shepherd backed out of the surrogacy agreement just a few months before Jessica gave birth to Lamar Jr. and now the surrogate mother is stuck paying all of the baby’s medical bills and child support!

Sherri’s disgruntled surrogate mother Jessica Bartholomew dished to Star Magazine, “Sherri offered me a settlement of $150,000 to not put her name on the birth certificate. I can’t do that to my son. I am now listed as a non-custodial parent in the state of California, I have a child support case coming against me now.” Star Magazine goes on to explain that Lamar Sally is struggling to make ends meet raising the infant by himself, and has applied for state health care – which means the government is preparing to garnish Jessica’s wages since she is technically the baby’s mother!

Jessica Bartholomew has every right to be upset with Sherri Shepherd right now. How do you agree to carry a baby for nine months to help out a couple who can’t get pregnant, and then get suck being responsible for the baby and his medical bills? It’s not like Sherri Shepherd can’t afford to foot the bill. Do you think what Sherri did was wrong? Or is this just a risk you take when you sign up to be a surrogate mother? Let us know what you think in the comments below!