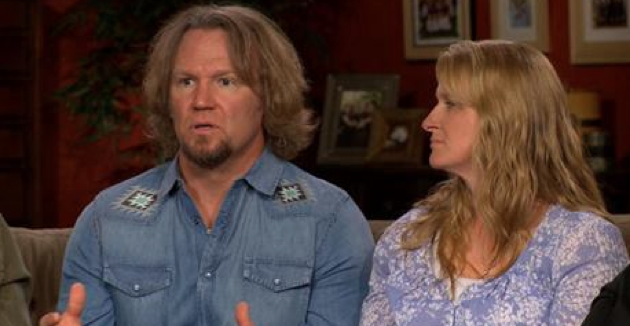 TLC’s reality show Sister Wives returns tonight with an all new Sunday February 8, season 5 episode 14 called “Anthropologists Move In” and we have your weekly recap below. On tonight’s episode The Browns have agreed to do something they have never done before — allow total strangers to move into their houses!

On the last episode, Christine’s two oldest daughters, Aspyn and Mykelti, were moving out, while her mother Annie was moving in! How did Kody handle having his mother-in-law around all the time? Later, Meri comforted Robyn about her ongoing struggles with her ex-husband. Did you watch the last episode? If you missed it we have a full and detailed recap right here for you.

On tonight’s episode as per TLC’s synopsis, “The Browns have agreed to do something they have never done before — allow total strangers to move into their houses! Two anthropology students will live with the Browns for several days to get an unfiltered look at their polygamist lifestyle.”

On tonight’s episode of “Sister Wives”, the Brown family is going to be experiencing the joys of having another visitor in their homes. But, unlike, Christine’s mom – these people aren’t family. In fact they’re anthropology students and they’re going to be studying the Brown family.

These students are studying polygamy and the best way to do that is to see it in action. And, yet, to some degree these students will also be judging whether or not the institution is effective. Can a family survive with more than one spouse and several children?

Things like that have to be taken into consideration and so some in the Brown are feeling slightly apprehensive.

Everyone was told to just act normally around the students. They were merely going to be observers but other than that – the Browns should act like they’re not even there. And that ended up being easier to say instead of doing. Because, once the grad students came in, it was kind of hard to ignore to them.

The ladies got extra help in the kitchen and later when Kody was playing sports with the kids – he invited a student along. But, there was a downside to having the students interacting.

Once all the joking and general fun was over, Kody started in with questions of his own. So he asked them about how they see marriage. And they told them were both long term relationships. Plus, they lived with their loved ones outsides the bonds of marriage.

So Robyn felt the topics were just too much for her kids and she sort wanted to shield them from the conversation. And the students picked up on that. They eventually went over what had happened with each other and they feel like they’ve seen Robyn’s Mama Bear mode.

Remember, this is all a study to them. And so far they haven’t shared any of their findings with the Brown Family which is good thing seeing as their initial impression of Kody was that he liked to be the center of attention.

Though, the students learned few other things on top of Kody being a showboat. During the Brown family’s church service, the students noticed most of the older kids weren’t in attendance. And it seems like the other kids are moving away from the church.

At least the one in which they were raised in.

Madison, however, had texted her parents about possibly joining the Mormon Church. And to make sure she wasn’t just doing that for all the wrong reasons, the Brown family held a family meeting. All the adults came together to sit Madison down and asked her why she wanted to join the church.

They were hoping she was merely doing it to fit in. And, apparently, they were reassured about that when they realized Madison wanted to join the church for all the right reasons. She had told her family that the church had felt like a missing piece in her life. So, after that, her family chose to support her and said they had felt ok with her decision. But, all of them had wondered about her future in the church because eventually Madison will be told to distance herself from her family (the polygamist) and no one wants her to be forced to make a choice.

The students observed everything though the one thing they weren’t a witnessed to was what happened later.

The family had gone out to the movies and a fight broke out between two of the boys. The fight started off as silly but it became serious when it got physical. So Kody asked for some privacy as he dealt with his kids’ punishment. In the meantime, though, the students busied themselves trying to figure out the meaning of the fight. And if the issue was avoidable?