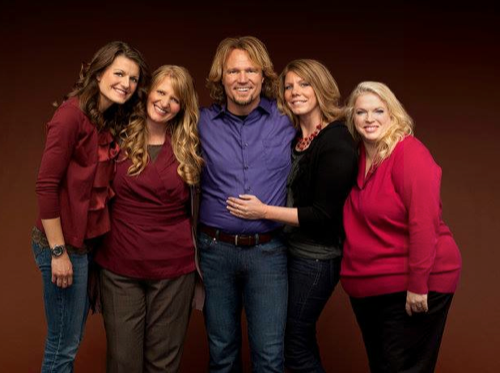 TLC’s reality show Sister Wives returns tonight with an all new Sunday March 1, season 5 episode 18 called “Tell All,” and we have your weekly recap below. On tonight’s episode, Tamron Hall talks to Kody and his wives about the recent season.

On the last episode, Meri’s surprise announcement about divorcing Kody sent shock waves through the family as the other wives heard the news. Did you watch the last episode? If you missed it we have a full and detailed recap right here for you.

On tonight’s episode as per TLC’s synopsis, “Tamron Hall talks to Kody and his wives about the recent season, which included one of the most shocking events in the show’s history.”

In case you were in fact worried the Brown Family weren’t going to be addressing everything – never fear! Tonight’s Tell-All on “Sister Wives” goes into everything that’s happened over the last year. And that includes the surprising divorce that sent shock waves all throughout the fandom.

However, first thing first, Kody and his wife were asked about those anthropologist students and how they feel about what they heard. Later in the season, two students came to stay with the family and it was their job to study the dynamics of the Polygamy. And funnily enough some of members of the Brown weren’t afraid to say they actually felt validated by the rave reviews they eventually received from those two students. For it seems that, in spite of living out their lives in front of the cameras, Christine actually wanted the student’s acceptance more than anything.

According to her, the students were in the trenches so to speak. So the fact they came in and saw for themselves that Polygamy does work and that her family weren’t as bad off as they had initially thought – well, that proved something to her. And really it made her feel good.

That’s why the Brown family first chose to let the cameras into their home. They wanted to disabuse people on some of their beliefs about polygamy.

It’s not all teenage girls and dirty old men. Sometimes it’s just a family that works in an albeit different manner than some were expecting. And until these misconceptions are fully cleared up – the Brown Family says they’re not going anywhere.

Early in this season, Kody was at the point where he simply wanted to stop filming. He explained that it had gotten to be too much and after a while it was even wearing him down. So an example of what he was facing was the reaction he got from the fight he had with Christine about his friend. One of his friends had told Kody that could return to the church but he had to give up three of his wives. Kody, letting it slide, had laughed that off but his wife Christine took that comment to heart.

So, when Kody didn’t support Christine and instead told her that she was blowing things way out of proportion; he received a lot of backlash for that. And some had even written that maybe his wives should leave him because of that!

Yet, Kody ultimately decided to continue this show to prove people wrong. Just like the students found for themselves, he’s not a jerk and he does love his family, most especially his wives, all equally. And that’s during the good, bad, or rough!

Although Christine and Kody had more than one share of differences this season, being married to three other women did not make life easier on him. If anything he has to be there emotionally for four wives when most men find it hard to deal with just the one. So there was Meri’s problem with how she now sees herself in this family. And there was also Janelle’s problem with having too much attention focused on her.

So the family faced many upheavals and what could have been another battle was the divorce. Because, at first, Kody is afraid of it. He knew why Meri asked him for the divorce but he constantly had to be reassured that they were still going to be married at the end of it. And that was just his reaction.

When the divorce came up, Robyn and Meri simply fell to pieces. Meri because she was getting a divorce and Robyn because her divorce from her first husband was such stark contrast to what she was then witnessing. And Janelle, for one, was worried about the reception the family would later get. So Meri’s sacrifice ended up meaning a lot to different people.

Janelle didn’t want others to think Robyn was somehow being promoted, but even as Kody says nothing has changed within the family– Meri disagrees with him. She says her relationship with Kody is actually better since she divorced him. So the family is changing but it looks like for the better!