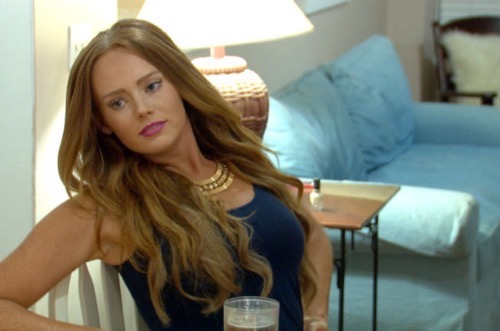 Tonight on Bravo Southern Charm returns with a new Monday April 20, season 2 episode 6 called, “In the Cups,” and we have your weekly recap below. On tonight’s episode. as Shepard “Shep” Rose plans his 35th birthday party, Cameran Eubanks decides it might be time to get a dog so she can put off having a baby for just a little longer. Meanwhile, Thomas Charm and Calhoun Dennis move downtown just as the campaign starts heating up.

On the last episode, after another fundraiser went awry, Thomas realized it was time for Kathryn to get a hobby, so she didn’t further exacerbate his campaign stress and he agreed to move her downtown into a house she can decorate. Meanwhile, on the eve of Cooper and Landon’s fashion show, Shep decided to stage an intervention with Craig before he became a lost cause. And Whitney vowed to avoid Kathryn at all costs at the fashion show. Did you watch the last episode? If you missed it, we have a full and detailed recap right here for you.

On tonight’s show as per the Bravo synopsis, “as Shep plans his 35th birthday party, Cameran decides it might be time to get a dog so she can put off having a baby for just a little longer. Meanwhile, Thomas and Kathryn move downtown just as the campaign starts heating up. Despite hoping this will improve their relationship Kathryn starts to realize Thomas’ campaign manager has other ideas. And when the gang finally gets together to celebrate at Shep’s party things get old school.”

Tonight’s episode is going to be another drama packed one, which you won’t want to miss. So be sure to tune in for our live coverage of Bravos’ Southern Charm Season 2 episode 6— tonight at 10PM EST! While you wait for our recap, hit the comments and let us know how excited you are about the new episode of Southern Charm tonight.

Unfortunately, the talk and even the support Shep had tried to offer his very good friend Craig last week was all in vain. Craig doesn’t believe he has a problem so no surprise there that he’s not set on changing up his life. Nor, especially when it comes to his friends, is he actually willing to listen to anyone that might disagree him.

And so it was probably that great wall of resistance that led to Shep making a decision to move forward.

On tonight’s all new episode of “Southern Charm” it seems to have finally dawn on the notorious party boy that maybe Craig was never got to take advice about settling down or possibly getting serious from a man like him. So rather than stick around and merely pretend he’s been placated – Shep has decided to let matters drop for now and just accept Craig as he is.

Hence, he wants to ask Craig to help him arrange his birthday celebration. Apparently he wants it to be this huge thing because it’s for his 35th plus he wants to everyone to be there and have a good time. But, due to timing, Whitney had already decided to go to London before he had about the party.

He arranged everything beforehand and anyways Whitney probably wouldn’t have showed up at the party in the mood to see or talk to Thomas if he did somehow chose to make last minute arrangements.

Surprisingly, the two best friends have had a fallen out recently. And this time it wasn’t because of Kathryn. If anything their new problem has new name and title. Like Amy the campaign manager.

For instance Amy told Thomas that commercial he did with Whitney was honestly a waste of money. Though she phrased it more like no one is South Carolina would want to elect him after seeing that sleazy commercial that would have made him even more of a running joke. So Thomas chose to take her advice over Whitney’s and axe the commercial. But when he did that he made Whitney feel like crap.

Kathryn you see had texted Thomas before his big debate and Amy was the one that answered her that back. The other woman told her that Thomas didn’t have time right now and in a few days after the debate had been wrapped up then he could call her back. However Kathryn is not just Thomas’s girlfriend. She’s also the mother of his child and when she realized she wasn’t allowed to get into contact with him – that hurt.

And she ended up venting out her frustrations to Craig. Who apparently is one of her new friends now despite their differences in the past.

Though is it really Kathryn’s fault for expecting to spend more time with Thomas and finding herself disappointed? After all they moved to the downtown area like she suggested and so Kathryn took that to mean they’ll at least see more of each other. So how was she to know that the move was always supposed to distract her?

Thomas admitted to moving in order to appease his girlfriend. It seems he thought she would be too busy spending time with her girlfriends and decorating the new house to cause much of a fuss. But when he told Kathryn he was going to be staying at a hotel, away from their crying child mind you, in order to rest up before the debate – he didn’t understand why she was upset.

So rather than spend all her time with her baby, more or less in her own company, Kathryn chose to go out. Thus, she went to Shep’s party with her friend and neighbor Craig. And as it turns out Craig likes Kathryn more when she’s not around Thomas. He says it’s like having the whole Kathryn back and the two certainly appear to enjoy each other’s company.

Although, only three different people seemed to voice some concern at one point or another when Kathryn reverted back to her old partying ways. One was Landon who was thrown when Kathryn showed up with Craig and not Thomas. And the other two were Shep and Cameran who were later worried when they saw Kathryn knock down drinks and party like she was still the same girl in her twenties.

And, well, she’s not that girl anymore. She’s a mom and some of her friends don’t believe moms should act like that. Including Cameran who is actually trying to hold off on having a baby and have her husband (who is almost hitting forty) settle for a dog instead. Yet Kathryn is the one being judged here.