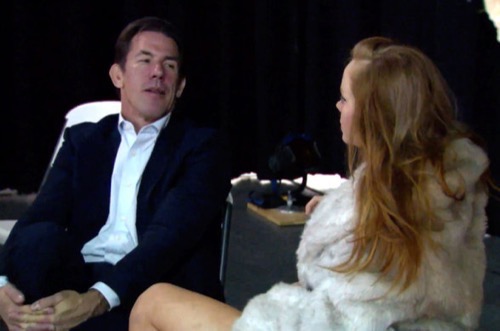 Tonight on Bravo Southern Charm returns with a new Monday May 25, season 2 Episode 11 called, “Dysfunction Junction,” and we have your weekly recap below. On tonight’s episode as Thomas adjusts to his new post-election life, Kathryn can’t seem to let go of their old life together.

On the last episode, as Election Day approaches, Thomas dealt with the aftermath of the accusations against him and Kathryn made a decision that could impact her family and relationship forever. Meanwhile, Whitney suspected Kathryn was behind the allegations and when the gang gathered at Sermets to hear the election results it turned out that no one was in the mood to celebrate. Did you watch the last episode? If you missed it, we have a full and detailed recap right here for you.

On tonight’s show as per the Bravo synopsis, “as Thomas adjusts to his new post-election life, Kathryn can’t seem to let go of their old life together. Meanwhile, Patricia organizes a charity event to benefit “Wounded Warriors” and gets everyone involved; Whitney’s band plays, and Shep and Craig agree to a date auction. When things don’t go exactly as planned, relationships are pushed to the brink — perhaps to never recover.”

Tonight’s episode is going to be another drama packed one, which you won’t want to miss. So be sure to tune in for our live coverage of Bravos’ Southern Charm Season 2 episode 11— tonight at 10PM EST! While you wait for our recap, hit the comments and let us know how excited you are about the new episode of Southern Charm tonight.

It’s the morning after and no one is feeling good about what happened on election night. Apparently everyone had a bit too much to drink at the event so they’re currently claiming gaps in their memory. But unfortunately for them the footage lives on and on tonight’s all new episode of “Southern Charm” no one can hide from what they did.

Especially as Craig keeps bringing everything up.

For instance Cameran had gotten roaring drunk. So much so that Craig had even began laughing at her and at her outlandish antics. And despite being known as the wildest one of the bunch, Craig also wasn’t the one to make a speech on that infamous night. See that was Shep.

Shep had grabbed the mike and announced to a room full of people that he was going to run for senator. And while he wasn’t serious at the time, he did give the audience a few laughs just by thinking about what an election with him could actually like. So the gang still had fun that night even though Thomas has lost the election by a wide and incredibly laughable margin.

Yet rather than taking this opportunity to grow or see how people are able to move on, Craig instead realized he now could make fun of everyone because of what happened. And he didn’t just stop at mockery. Since election night, he’s gotten up on a high horse and so believes his friends no longer have a reason to reprimand about his own partying ways. Because in his mind they’re now all on equal footing after one night.

But they’re not. Craig still doesn’t understand that his partying has led him to getting fired and unable to maintain his lifestyle. So he’s sitting in judgement.

And that goes for Kathryn as well. Craig is one of the many people that believe she went off the crazy scale during election night. But for Whitney that was to be expected. He always said she was trouble and because of her actions there are even fewer people on her side.

Landon was all for being supportive yet when Kathryn turned on her – she suddenly saw for herself why so many people put Kathryn down. Kathryn is the sort of person that goes looking for drama and after a while that gets tiresome. So, as of the end of that party, Landon is done with her.

And soon Landon was dealing with her own problems. Like namely her mother. The older woman is a traditional southern so Landon’s divorce was still hard to deal with. Although the two women have since been making headways and are each want to try building a bridge.

But Pamela for one is absolutely set in her ways. And she thinks people like Kathryn are the reason for everything wrong. Including how Thomas lost the election.

Thomas got about four percent of the vote and Pamela thinks its Kathryn’s fault. Meanwhile one of Thomas’s oldest confidantes says the reason he lost is because he did a complete 180. All throughout the election he wasn’t being his normal self.

He used to care about people but when he ran for senator then it all became about him. So Thomas was asked what was wrong and when was the last time he was happy. And do you know what his answer was? He said the last time he was truly happy was right before he met Kathryn. As if all his problems can be traced right back to her.

And that can’t be good because Kathryn is still set on making things work between them.

Kathryn doesn’t want to give up on her family and she feels like Kensington should have a stable home with two parents. So regardless of everything that has happened, she’s willing to forgive Thomas for what he did as long as there’s a chance they can get back together. But Kathryn ended up choosing the wrong time to approach Thomas.

She decided to talk to him at Pamela’s fundraiser for veterans. And that couldn’t have been the worst place. They were surrounded by “friends” who all had their own opinions. Plus there was always a chance Pamela would throw her out of an event she was technically not invited to.

And really Whitney belongs in a category all by himself. He’s vicious and he is intent on breaking up Kathryn and Thomas. So he let Thomas know about what happened on Jekyll Island. Then he sat back to watch the fireworks.

Meanwhile Craig and Shep finally had that argument that was waiting just around the corner.

They had both taken part in an auction to raise money and more women bet on Craig than they did on Shep. So for a while Craig let that get to his head. But then Shep overreacted. He told Craig that the auction meant nothing because the rest of Craig’s life was crap.

So the boys left things on a sour note. And then Craig decided to leave Charleston for a couple of months. He said he needed time to get his act together and that was something he simply couldn’t do if he stuck around in South Carolina.

As for Kathryn and Thomas, their relationship is now over. The official nail in the coffin came when Kathryn did the one thing that Thomas hated. She told him that he shouldn’t trust Whitney or listen to other people when they give him advice about their relationship. And Thomas apparently doesn’t like it when she attempts to “control” him. So, for now, it’s all over!

Those two were merely not meant to be.