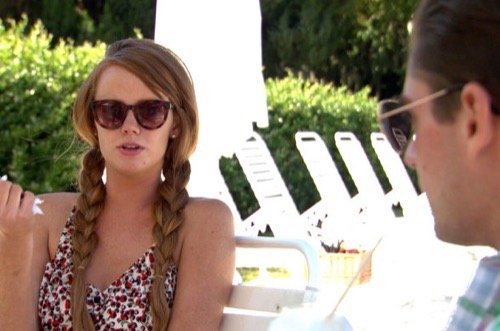 Tonight on Bravo Southern Charm returns with a new Monday May 18, season 2 Episode 10 called, “Election Day,” and we have your weekly recap below. On tonight’s episode as Election Day approaches, Thomas Ravenel deals with the aftermath of the accusations against him and Kathryn makes a decision that could impact her family and relationship forever.

On the last episode, Landon invited the gang to her hometown down in Georgia for a weekend getaway, but the mood changed when Shep’s big brotherly advice turned into a sibling rivalry with Craig. Meanwhile, Whitney found himself on the receiving end of Kathryn’s wrath once again and after Craig and Kathryn spent the night on the beach alone rumors started flying until an explosive accusation threatens to upend Thomas’ political aspirations. Did you watch the last episode? If you missed it, we have a full and detailed recap right here for you.

On tonight’s show as per the Bravo synopsis, “as Election Day approaches, Thomas deals with the aftermath of the accusations against him and Kathryn makes a decision that could impact her family and relationship forever. Meanwhile, Whitney suspects Kathryn is behind the allegations and when the gang gathers at Sermets to hear the election results it turns out that no one is in the mood to celebrate.”

Tonight’s episode is going to be another drama packed one, which you won’t want to miss. So be sure to tune in for our live coverage of Bravos’ Southern Charm Season 2 episode 10— tonight at 10PM EST! While you wait for our recap, hit the comments and let us know how excited you are about the new episode of Southern Charm tonight.

Thomas been accused of assault back in Charleston and to make it worse he was accused by Kathryn’s very good friend Lauren. So on tonight’s all new episode of “Southern Charm” he called his girlfriend while she was still vacationing on Jekyll Island and he asked her to return home in order to better support him. And do you know what Kathryn’s decision was?

She chose to stay put.

Kathryn said that she had wanted to support Thomas throughout his entire campaign. Yet he always shunned her and her help. So now that he’s all but begged her to come and suddenly stand by his side – Kathryn no longer feels like that’s her job. In fact she doesn’t believe she should help Thomas after the way he treated her. And the only two that support her decision are Craig and Landon.

Craig was being selfish when he supported Kathryn’s decision. Truthfully he wanted her to stay just so that he wasn’t getting scrutinized by everyone else. With Kathryn there, she acted as a great distraction.

Meanwhile Landon actually understood where Kathryn was coming from. Her ex-husband basically shunned her until he needed her too. And towards the end, she felt like “screw him”. If he only wanted her around when it was convenient then she didn’t need to be there for him.

But the others aren’t as generous when they look at Kathryn. They all judged her for staying and Whitney even felt indignant on Thomas’s behalf. He felt like Kathryn was intentionally trying to ruin Thomas.

And as for Thomas, he said that he felt abandoned. So he ended their relationship by telling the world about it and hoping Kathryn would eventually get the message. She did – off of Facebook – and she immediately packed up her and Kensington’s things.

Kathryn went home to her dad’s and surprisingly she still felt like her relationship with Thomas might have had a chance if things between them hadn’t changed so much. Early on there were many signs that it wouldn’t work but for her daughter she did try. And unfortunately that got them nowhere.

And funnily enough some were still expecting to see Kathryn on election night.

It was a sure bet that Thomas wasn’t going to win. Yet for some reason Craig thought Kathryn would show her face at Thomas’s event. As if she still was going to support him after what he publicly did to her.

But oddly no one had heard from Kathryn since the Facebook incident. She just kind of dropped off the map. And Whintey for one was happy about that. Her “behavior” proved all the rumors about her. She was “low class”.

Although people might have been right when they said Kathryn was immature. Because she did show up at election night. And she said she did that to be there for Thomas but really she wanted to create a scene.

She told Thomas that Whitney had been the one to sabotage him and when others questioned her decision to show up and act out – like Landon who chiefly supported her – Kathryn went off on them.

So Thomas’s night, Election Night, went really bad for him. He only got about 4 percent of the votes because people hated all the scandals. And Kathryn also showed up yet not to support him. Apparently he had wondered why she hadn’t told him “he was all going to be alright, honey” and instead chose to focus on herself.

How much she’s sacrificed and all that she has to do. However she would have won some respect if she simply kept her mouth closed and actually took the high ride.

And after such a night, why does Kathryn still believe she can get Thomas back?