BY Kristine Francis on May 4, 2015 | Comments: one comment
Related : Reality TV, Television 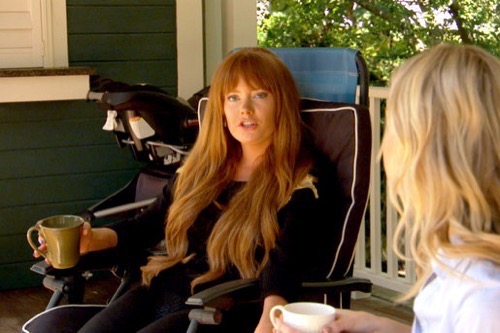 Tonight on Bravo Southern Charm returns with an all new Monday May 4, season 2 Episode 8 called, “Unaware in Delaware,” and we have your weekly recap below. On tonight’s episode, after the Founders Ball, Craig Conover comes face-to-face with his boss and finally learns the consequences of his partying ways.

On the last episode, Patricia hosted an all-male dinner party to avoid the drama that women can bring and Whitney and Thomas ended up fighting like a couple of girls. Meanwhile, Craig was homesick for the Delaware and invited Shep and Whitney to his parents’ house for the weekend, but not before Craig gets some potentially devastating news. When the gang got dressed in their finest formal attire to attend Cooper’s first annual Founders’ Ball, Kathryn ended up home alone waiting for her Prince Charming, a.k.a.Thomas, to arrive. Did you watch the last episode? If you missed it, we have a full and detailed recap right here for you.

On tonight’s show as per the Bravo synopsis, “after the Founders Ball, Craig comes face-to-face with his boss and finally learns the consequences of his partying ways. Meanwhile, Kathryn resolves to become a different person and put her troubles with Thomas behind her. When Shep and Whitney head to Delaware to spend some quality time with the Conover clan, tensions run high as secrets are revealed and friendships are tested.”

Tonight’s episode is going to be another drama packed one, which you won’t want to miss. So be sure to tune in for our live coverage of Bravos’ Southern Charm Season 2 episode 8— tonight at 10PM EST! While you wait for our recap, hit the comments and let us know how excited you are about the new episode of Southern Charm tonight.

Craig once had determination and at least a sense of drive but somewhere along the way, like when he began to hang out with trust fund kids, he lost all of that. Hence on tonight’s all new episode of Southern Charm, Craig is now without a job.

As it turns out, no one likes a party boy for long. And bosses also tend to appreciate it when someone actually shows up at the office and check in with their staff. So getting fired is really all on Craig. He played fast and loose with his job and so he lost it.

But do you know what his first instinct was after he got that blow to his ego – he wondered what his friends would think. It seems he just knew they were going to be telling him “I told you so” for the next couple of days so he wanted to hide out at his place for a while. Then, when he deigned to see his friends, he attempted to downplay what happened.

For instance, he used the phrasing “we parted ways” instead of “I was let go”. And that’s not any kind of plan. It’s an idea but not a plan that will actually work.

His friends all saw right through that flimsy excuse. And that’s because they all saw it coming. Plus they had even warned him.

For months now, they’ve been telling Craig to get his act together and eventually Craig told them all to mind their business. He said he didn’t need their help but what he did end up needing was them lying for him. Particularly as he was taking Shep and Whitney to meet his family and he didn’t want his parents to know he had been fired.

Last week, Craig had invited his friends to go back home with him to Delaware and yet, rather than merely have fun on their trip, tonight the guys saw for themselves just how bad things had gotten with Craig

They were trophies accolades all over his room. And it looks like great things were expected from a guy like Craig. So for him to technically throw all of that away – on partying of all things – it was sad.

But Kathryn has made an effort. And Thomas hasn’t. Unless creating a commercial with half naked women and distancing himself from her in public is what people call an effort.

So Kathryn feels like her relationship might have run its course. She tried everything and Thomas still doesn’t seem like he respects her. Thus, does she really want to continue with their life together? It’s not like he’s going to be free to spend time with her if he does win the election so either way it will just be her and the baby alone.

And as for Craig, his trip home was just one more thing to blow up in his face.

Whitney began drinking and after some time he became a nuisance. As in he didn’t tell Craig’s secret but he did let Craig’s parents knowing about the partying and late nights. And then he did something outrageous. Even for him.

He accused Craig of not graduating law school. And though it was said in a joking manner, Craig was furious. He didn’t feel like Whitney did that out of concern for him. He felt like Whitney started to trash talk him because he likes getting a rise out of people.

And so Shep had to step in. Yes, he felt like Whitney made everyone uncomfortable at dinner but he was with Whitney when they saw how much Craig had accomplished. Thus he knew it was their responsibility to once again try to teach Craig some common sense.

Craig doesn’t have a nest egg like they do and it was about time he realized that. So Shep told him he had to stop messing around. He and Whitney can be jobless every now and then. Though the important thing to remember is that they’ll never be broke.

Craig is the one that has to pay rent on his apartment and live within his means. And Craig had to come clean with his family.

After they talked to him about it, Whitney and Shep left Delaware early and Craig finally told his parents what’s been going on. And, sure, they were upset but Craig said he had everything under control. So, again, he wasn’t being completely honest.