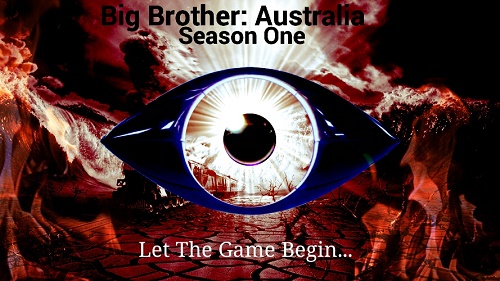 A harsh dusk breaks through the trees and slips into the room like an unkempt stranger. The silence burns my eyes. The television screen stares at me with an unbridled malevolence. Jeff Probst stands frozen behind a slew of nonsensical credits. I mutter under my breath, “Now that was something amazing, wasn’t it?”

I am a Survivor Superfan. It is my only vice – coffee does not count. What does a Survivor Superfan do in his spare time? Does he study the game? Does he re-watch the entire series? No, a Survivor Superfan finds a beautiful rabbit hole and tumbles down until he hits the sharp edges of a simulated Survivor experience. And there, in that fantastical world with its mad tea parties, the Superfan finds a secret box hidden beneath heaps of hidden immunity idols and hugger-mugger tribal council speeches. With fingers trembling like nightmarish thoughts, the Superfan opens the lid, reaches inside and finds… a cell phone?

Stephen Mardon, a 19-year-old baker from London, UK, might be the new face of reality television. Baker by day, reality television host by night, Stephen’s dream is to take part in Big Brother UK. All journeys have to start somewhere. Stephen scoured the internet for online versions of these games. His journey led him to a place called Zwooper; an unorthodox virtual world filled with reality television games and self-confessed noblesse oblige ‘contestants’. Virtual avatars could not satiate Stephen’s hunger. He wanted to give players a tangible experience; a place for contestants to connect to the game on a much more personal level.

The ingenious baker from London took matters into his own hands and created a reality television gameshow series using the popular WhatsApp Messenger app. I was fortunate enough to play Stephen’s recent Survivor game, and although I was voted out twice (fake hidden immunity idol), the experience fulfilled my Survivor Superfan needs.
I spoke to Stephen about the games, the contestants and what the future holds for this clever 19-year-old baker from London.

Why do you love reality television?

‎My mum has always been a massive fan of reality game shows, which lead me down this path; she has always enjoyed them not just for the entertainment, but from a game play aspect as well. She has also played in many of my games!

Have you ever played in one of your own games?

No, I have not, [but] you never know what the future holds!

How does the casting process work?

Potential contestants audition [for the game]. I will then go through the audition[s]and select the [contestants].

What was the worst/best moment you have experienced while hosting a game?

Worst: In my first ever season, I completed a challenge, which did not go as planned, and left a few contestants annoyed. I was upset about it all and decided to have a break from the game. I returned a day later and we went on to finish [an] amazing season!

Best: Seeing the amount of people who have never met before [becoming] very close friends. I have a personal connection with [some of the contestants], and seeing them form a bond in one of my games is amazing!
How many games have you hosted in total?

I never counted but it’s somewhere between 50-70

Which games have you hosted thus far?

What goes on behind the scenes?

Well, there is obviously a lot of planning going on between each game, I always put 110% into planning every game and launch it only when everything is ready, in addition to this while the game is going on I am in every private chat so I can moderate what is going on.

Have you ever made a mistake while hosting a game? If so, what was the mistake and how did you rectify it?

I evicted the wrong person by accident once, due to someone changing their vote at the last minute, I simply told everyone what had happened and read the votes again, it was embarrassing but I make all my games fair.
‎
What was the funniest thing someone did in a game?

Yes, I have! And I agree that this should always be the case, you have to have a form of authority, my contestants know that bullying, consistent bad language or talking outside of the game about the game, can all affect your chances in the game and will result in a punishment or Disqualification

Have you ever offered prize money to a winner? If not, why not?

I have! I used to offer money but the contestant kept putting it back into the game! So now, I offer a prize, which is a mug, or phone case with the logo and all the details from that game.

What does the future hold for Stephen Mardon?

Hopefully I will achieve my dream and enter the big brother UK house, This is what I have always wanted and I’m hoping to make my mother proud when I enter and prove to not just me, but to everyone that I can win it.

‎You can check out Stephen’s new game by checking out the Facebook page.