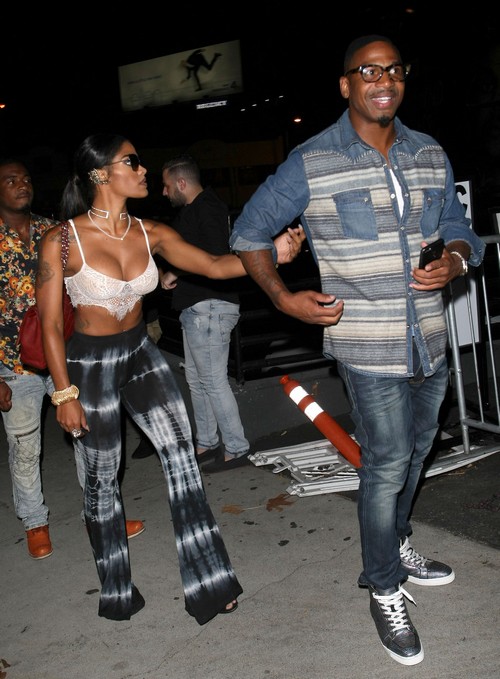 Stevie J is headed back to rehab and this time the “Love & Hip Hop Atlanta” star is hoping to avoid going to jail after the cynical reality star failed yet another drug test required during his ongoing child support drama.

The “LHHATL” star has been plagued with legal problems related to a child support case in New York. Stevie J has already completed a stint of inpatient rehab in the past year because of a court order after a failed drug test. One might learn the first time around but not Stevie J, who is now headed back to rehab again because the first time clearly didn’t stick.

Last week the “LHHATL” star was in child support court again. Reports claimed earlier this year that Stevie J is more than $1 million behind in payments for just two of his kids but has been fighting to have the amount adjusted. At the most recent court date, Stevie was ordered to take another drug test and much to no one’s surprise, he failed again.

Stevie J and his supposed wife Joseline Hernandez have been rumored to be using drugs for a couple of years now. Many blamed Joseline’s rage-fueled beat down of several former cast members at the notorious season 3 reunion show. Despite Joseline’s violent attack and Stevie’s multiple failed drug tests, the popular reality couple have remained on the cast of the popular VH1 reality show.

The deal was that if Stevie failed another drug test, he could get jail time. The last time around, the “Love & Hip Hop Atlanta” star was looking at a possible 2 year jail stint if he hadn’t gone to rehab.

This time around, Stevie J gets to do outpatient rehab but must report twice a week and submit to regular drug testing. Stevie has one month to get it right and if he shows back up to court next month and hasn’t kept up with the rehab deal, the “LHHATL” star will be looking at a trip to jail.

With rumors that Stevie J and Joseline Hernandez set to make their own reality series at some point, jail is the last place Stevie wants to be. Then again, it seems like reality stars get more popular after serving their time instead of fading into obscurity.

Either way, Stevie J is playing with this child support case like he really doesn’t think there will be any consequences. Who wants to bet on whether or not the “LHHATL” star will be able to pass all those drug tests?