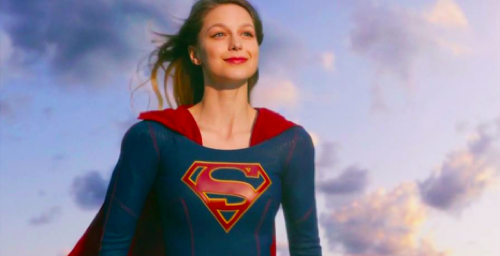 Tonight on CBS Supergirl starring Melissa Benoist airs with an all new Monday November 2, season 1 episode 2 called, “Stronger Together,” and we have your weekly recap below! On tonight’s episode, Kara’s (Melissa Benoist) confidence as a superhero is shaky at first, and with good reason.

On the last episode, at 24, Kara Zor-El, Superman’s cousin, decided the time had come to embrace her superhuman abilities and fulfill her destiny as a hero in the series premiere of this drama based on the DC Comics character Supergirl. Did you watch the last episode last season? If you missed it, we have a full and detailed recap right here for you.

On tonight’s episode as per the CBS synopsis, “Kara’s confidence as a superhero is shaky at first, and with good reason. But then a threat to National City forces her to cast her doubts aside in order to capture an escapee from the Kryptonian prison Fort Rozz. Elsewhere, Cat pressures James to use his connection to Superman to land her an interview with his cousin.”

This is definitely one series that you don’t want to miss. Don’t forget to stay tuned to Celeb Dirty Laundry where we will be live blogging the Supergirl season 1 episode 2.

The DEO has been testing Kara’s capabilities and thankfully it’s not because they doubt her. They just still very much see her as a novice.

A novice, by the way, that could use some guidance and training. Therefore the guys calling the shots over at the DEO have been pushing Kara’s endurance by manufacturing just right the tests that would help her define her own limits. So that she could grow from such experiments rather than merely rely on hearing about what her cousin has had to endure. Or what’s he capable of.

Unfortunately, though, that was something that Kara simply had to live with for now. For it also didn’t look like the constant comparisons to her cousin were going to go away anytime soon. And the person leading the charge happens to be her boss, Cat.

Cat Grant had wanted a superhero that she could make a headline out of. Yet she wasn’t afraid to tear Supergirl down or call her out on her mistakes. So whether Kara liked it or not, she heard about everything that she’s been doing wrong since she took up the mantle of being a superhero. And what made her feel worse was the fact she ended up agreeing with Cat.

See, Cat had said that Supergirl was taking on too much. She saved a plane full of people but then left the plane floating in the water. So recently city officials have been trying to move it manually and have been having no such luck. And then there was the oil rig.

Kara had stopped it from blowing up but inadvertently caused an oil leak that will cost the city billions. So naturally people began to wonder if Supergirl was a hero or a menace. And Cat decided to go with a menace storyline.

So Kara asked her as her assistant why she wouldn’t give Supergirl a break and Cat told her that Supergirl needed to calm down. The young woman was trying to save oil rigs and falling planes yet her usual oops afterwards wasn’t cute. It was a nuisance! And that’s why Cat felt if Supergirl wasn’t ready to handle the big situations like her cousin then maybe she should work her way up by starting out small.

And it wasn’t a bad suggestion. So Kara stopped trying to save the world and simply started to concentrate on people.

She stopped an ambulance that was about to crash, she rescued a pet from a tree, and surprisingly that made the press overlook her past mistakes. So National City was once again in love with her and that was heady feeling. It made her feel like she was invincible.

But she wasn’t and her mysterious aunt eventually came across her weakness – her sister. Alex had been out on a mission with the DEO hunting an alien that managed to absorb toxicity. And the escaped prisoners from Fort Rozz had gotten a hold of their suspect before they did.

So General Astra made a deal. She asked for the other alien’s help in creating a trap that would lure Kara. And the plan worked in her favor. Kara didn’t even hesitate when she heard about her sister. She just walked right into a trap.

And that’s how she learned her Aunt Astra was still alive. Apparently Kara’s mother had hidden the truth about her aunt from her. The mother hadn’t told the daughter that she had gotten her own sister arrested for crimes against Krypton.

Though, despite a second for nostalgia, finding out the truth didn’t stop Kara from fighting her aunt. And the two women dueled it out until the DEO arrived as backup.

Astra couldn’t take getting stabbed with a knife made out of kryptonite. So she and her people quickly fled the scene. Leaving it to Kara to explain who her aunt was to the DEO and ensure them that she didn’t have any other family members out there ready to drop by.

But, after the incident with Astra, Kara began to feel like she could trust the DEO. Before she didn’t really think she could work with anyone, and was considering going it alone, yet they ultimately changed her mind. So she’s going to work with them and continue to work with her friends on the side.

However, despite winning her trust, Henshaw was keeping secrets.

He’s an alien as well!