Supergirl Recap “How Does She Do It?”: Season 1 Episode 5 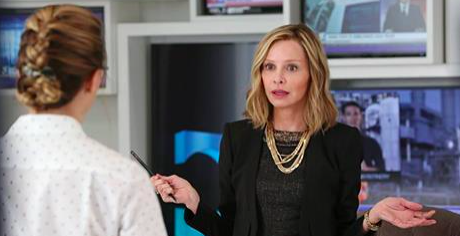 Tonight on CBS Supergirl starring Melissa Benoist airs with an all new Monday November 23, season 1 episode 5 called, “How Does She Do It?,” and we have your weekly recap below! On tonight’s episode, Kara (Melissa Benoist) is conflicted when babysitting Cat’s (Calista Flockhart) son, in the meantime National City is under attack.

On the last episode, one of Superman’s enemies was gunning for Supergirl, whose powers were tested when the formidable Reactron arrived in National City; at the same time, Cat made plans to run an exposé on the young hero. Did you watch the last episode last season? If you missed it, we have a full and detailed recap right here for you.

On tonight’s episode as per the CBS synopsis, “Kara is conflicted babysitting Cat’s son, in the meantime National City is under attack. Meanwhile, James feels unsettled when his ex-girlfriend Lucy Lane wants to be a part of his life.”

This is definitely one series that you don’t want to miss. Don’t forget to stay tuned to Celeb Dirty Laundry where we will be live blogging the Supergirl season 1 episode 5.

Kara found something strange while she was flying. It seems that she noticed that a drone has been following her and on tonight’s episode of “Supergirl” it turns out the DEO was just as confused as she was about who could have been behind it.

So all Kara knew was that she had an enemy that could potentially get close enough to track her. And that alone was able to put both her and her sister Alex on edge. But luckily Kara didn’t let what was happening with her job as Supergirl interfere with her actual paying job as Kara the assistant.

Cat Grant had recently won a prestigious award for women in media and this year was the first time she ever beat out Lois Lane. Therefore Ms. Grant wanted nothing more than to rub her success in her enemies’ faces. And she wanted to able to accept her award in person.

However Ms. Grant had a problem. Her son Carter needed someone to watch him and Cat’s mother was being particularly difficult. So Kara, who had overheard her boss’s argument with her mother, decided to nominate herself.

She said she could watch Carter and that he would even be safer with her than with Supergirl. Yet it was Supergirl that had to come to the rescue after a bomb went off in lower downtown and again it was Supergirl who was late picking Carter up from school. Carter had already been a shy kid so maybe Kara should not have introduced herself as the person that shows up late.

Something like that tends to stick with kids. But there was something the two of them could bond over. They were both fans of Supergirl and Carter for one definitely had a crush on her.

And Kara the assistant knew a little something about crushes. After all she had been crushing on Jimmy since he arrived in town and so far he’s been trying to Friend Zone her. You know get her to the point where he could discuss his relationship with Lois Lane’s sister Lucy with her and get her advice about what to do.

Though when it wasn’t not Jimmy looking for advice, it was Lucy asking about Jimmy. She has made it clear that she wanted Jimmy back and that she had been jealous of Supergirl. So no matter what Kara did – she couldn’t escape the Friend Zone.

Hence she decided that if she had to be a friend then she was going to be a pretty damn good one.

Kara later spoke to Jimmy and she explained Lucy had told her. Apparently Lucy had never wanted to end things with Jimmy but she felt she had to after he kept prioritizing Superman over their relationship. And now she feels like he’ll do the same with Supergirl. Who might very well get all of Jimmy’s attention in another way.

Yet Jimmy didn’t want to move pass the breakup. At least that wasn’t his initial reaction when they first spoke but things got to be different after he heard there was a second bomb at the airport. And he knew for a fact Lucy had gone there after the last time they spoke.

So Jimmy tried to call her and, when that didn’t work, he called Supergirl for her help. However Supergirl couldn’t be in two places at once and so she gave the DEO the bomb at the airport then took on the bomb on Maxwell Lord’s new super train on her own. Carter had escaped Winn back at the office and he had got on a Supertrain because that’s where he thought Supergirl would be so that’s where Supergirl went after she heard a young kid was abroad a train that had a bomb on it.

And though Kara got to the train in time, her job was still very much at risk. But thankfully Carter enjoyed his time with her and was just so happy about Supergirl that he sung Kara the unreliable’s praises.

Meanwhile the airport situation managed to do more good than harm. Jimmy and Lucy finally worked out their differences once she saw how much he cared for her. And as for the bomb itself, Henshaw was able to disarm it by using his own alien powers when no one else was looking.

Though the incident managed to leave Alex with a lot of questions.

And the most shocking thing happened at the end of tonight’s episode. Kara found out their bomber Ethan Knox had been paid, in lieu of his daughter’s hospital fees, to plant bomb by Maxwell Lord.

Lord had wanted to test Supergirl’s powers and he used bombs and even a drone to monitor her.