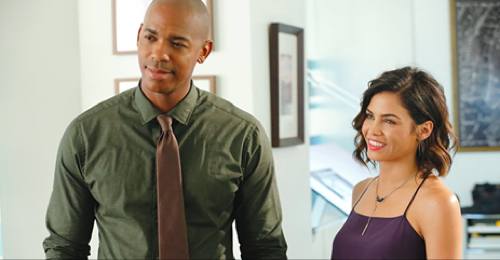 Tonight on CBS Supergirl starring Melissa Benoist airs with an all new Monday November 9, season 1 episode 3 called, “Fight or Flight,” and we have your weekly recap below! On tonight’s episode, one of Superman’s enemies is gunning for Supergirl.

On the last episode, Kara’s confidence as a superhero was shaky at first, and with good reason. But then a threat to National City forced her to cast her doubts aside in order to capture an escapee from the Kryptonian prison Fort Rozz. Elsewhere, Cat pressured James to use his connection to Superman to land her an interview with his cousin. Did you watch the last episode last season? If you missed it, we have a full and detailed recap right here for you.

On tonight’s episode as per the CBS synopsis, “one of Superman’s enemies is gunning for Supergirl, whose powers are tested when the formidable Reactron arrives in National City; at the same time, Cat makes plans to run an exposé on the young hero.”

This is definitely one series that you don’t want to miss. Don’t forget to stay tuned to Celeb Dirty Laundry where we will be live blogging the Supergirl season 1 episode 3.

The interview between Supergirl and media magnate Cat Grant did not go as planned. For some reason, Cat was looking for something more with Supergirl and so she was slightly left disappointed to find out that the young woman flying around town had the exact same powers as Superman.

However Cat did get her exclusive in the end. Because right after she had begun asking Supergirl about her plans to one day have children, Kara rather than Supergirl ended up taking offence at the sexist line of questioning. So again it was Kara that asked why her cousin had never been asked those same questions and that same Kara had accidentally revealed during their interview that she was in fact Superman’s cousin.

Therefore the story that ran the next day was all about Supergirl being Superman’s cousin. And while Cat was excited to get angle that no one else had, her exclusive came back to bite Kara. Apparently the Man of Steel has several enemies still out on the loose and one guy in particular realized the perfect way to get revenge against Superman was to attack his cousin.

So Kara eventually ran into a man calling himself Reactron. Reactron had fought Superman several times in the past but the villain probably felt he would have better chances if he were to attack Supergirl. After all, at that point, everyone had known that she wasn’t as attuned to her powers as her cousin was.

But strangely the DEO didn’t want to bother with Reactron. They said it was Superman’s problem and that their main focus was on fighting aliens that proved to be a risk. So Kara was told to call her cousin so that he may clean up after Reactron and the idea of that just didn’t sit well with Kara.

Both the DEO and Jimmy felt that Superman should be called in to fight Reactron yet Kara said that she didn’t want to hide behind her cousin. Which was important to her because she wanted to be seen as fighting her own battles. So Kara insisted on fighting Reactron and luckily for her she had a sister as well as two friends willing to help.

Winn had come up with a program that could track the nuclear reactors that Reactron was using to shoot fire out of his hands. And Alex had been the only one to find out why Reactron hated Superman so much. Reactron’s real name was Ben Krull and it seems in order to stop another Chernobyl disaster – Superman had to let Ben’s wife die.

So Kara felt that all Ben needed was for someone to finally hear him out. And even after he had kidnapped billionaire tech genius Maxwell Lord to upgrade his suit – Kara still wanted to believe that violence wouldn’t be necessary.

Yet it was. Reactron took the first chance he got to pummel Kara into the ground and she came close to seriously injuring herself. And then her cousin showed up. Superman flew in and fought Reactron again. Only like last time, Superman was still unable to finish the job and that meant Recatron got away.

But Maxwell Lord was the one that turned that one event into something bigger than it was. He later gave interviews about how it was Superman that saved his life and that only made Kara feel like even more of a loser. It seems its one thing to have your cousin show you up but quite another for people to read up on how you needed saving because you weren’t strong enough to do it on your own.

Plus his interviews came out right around the time that Cat wrote a scathing article about Supergirl. She called the superhero a millennial that was bound to run to her cousin at the first sign of real trouble. And Maxwell Lord made it look like that just what she did.

So Kara was more than upset and she was taking out on Jimmy for calling in her cousin. She told him that he either believed in her or didn’t. And thankfully Jimmy was able to show her his trust later on at Cat’s party for her Supergirl cover.

The party itself was a hit but Reactron had crashed the event. So with the help of everyone including Jimmy who lured Reactron to an open field and her sister who had finally received help at the DEO – Kara was able to do the one thing that Superman never could do. She stopped Reactron.

And in the process she might have changed the DEO’s mind about how they want to save the world.

Though Kara couldn’t get everything she wanted. She was able to talk to her cousin Clark and set up some boundaries but Louis Lane’s younger sister had arrived in town afterwards. And apparently Ms. Lucy Lane and Jimmy had a thing back in Metropolis.

So that crush that Kara has on Jimmy will sadly have to be shelved for a while.