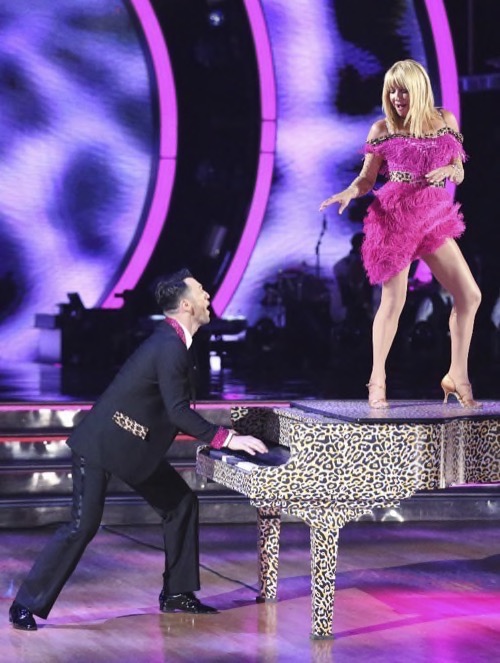 Tonight on ABC Dancing With The Stars returns for a third week with Latin Night. Suzanne Somers and her professional dancer Tony Dovolani danced a Samba to “Rather Be” by Clean Bandit featuring Jess Glynne. On tonight’s episode the eleven remaining celebrities debut a new dance style, on what’s always the hottest night of the season. Did you watch tonight’s episode? If you missed it we have a full and detailed recap, right here for you. Did you miss any of tonight’s performance videos? If you did we have them all, right here for you!

On last week’s premiere episode of DWTS Suzanne performed a Samba and the judges scored Suzanne a 28/40 for her performance. Carrie-Ann loved her performance and had this to say,  “I love this dance for you, the spring in your step was really impressive.”

Judges’ comments: Len: “It was a sexy summer, it was juicy and full of fun.” Julianne: “I loved it, but you lost your footing.” Bruno: “You still sizzle where it matters. There was a lot of content, so you lost some steps, but good performance.” Carrie Ann: “I would like to see more depth, something different.”

Watch the video below and let us know what you think, do you agree with the judges comments? Do you think Suzanne did enough to avoid elimination next week? Sound out in the comments and let us know your thoughts?