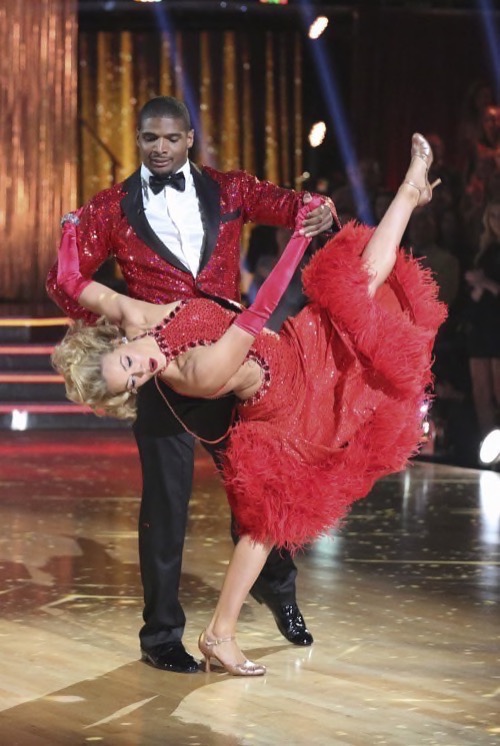 Tonight on ABC Dancing With The Stars returns for a third week with Latin Night. Michael Sam and his professional dancer Peta Murgatroyd danced a Salsa to “Celebrate” by Pitbull. On tonight’s episode the eleven remaining celebrities debut a new dance style, on what’s always the hottest night of the season. Did you watch tonight’s episode? If you missed it we have a full and detailed recap, right here for you. Did you miss any of tonight’s performance videos? If you did we have them all, right here for you!

On last week’s premiere episode of DWTS Michael performed a Samba and the judges scored Michael a 28/40 for his performance. Carrie-Ann loved his performance and had this to say, I am truly impressed, you are in the game.”

Judges’ comments: “You have so much powerful, you forgot your timing though – you went off many times, there was no freedom in your hips.” Carrie Ann: “That dance made me so nervous, the lifts did not seem safe, there was a disconnect.” Len: “I liked the lifts, but was not so good.” Julianne: “I think the last two weeks were stronger, you have to be careful with your footwork.”

Watch the video below and let us know what you think, do you agree with the judges comments? Do you think Michael did enough to avoid elimination next week? Sound out in the comments and let us know your thoughts?