T.I. and Tiny Harris Announce Pregnancy On Instagram, Seventh Child On The Way 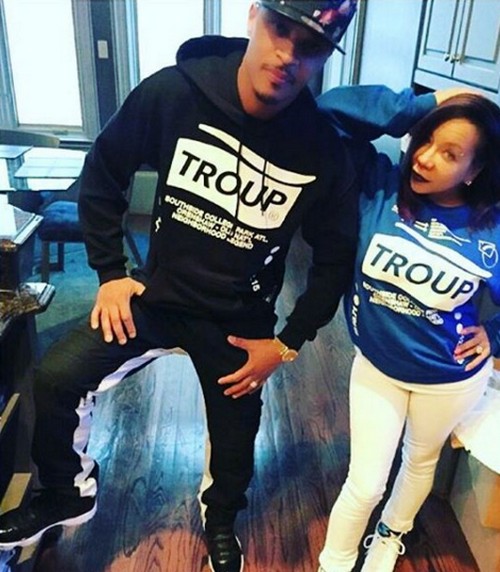 T.I. and Tiny Harris announced that their family is growing after posting a video on Instagram to announce Tiny’s pregnancy. This will be the seventh children between T.I. and Tiny, who are finally going to have a daughter together.

Tameka “Tiny” Harris took to Instagram and told her fans, “Merry Christmas, everybody. Thank you to my family for my wonderful gifts. Thank you to my husband for the beautiful chain…and these wonderful earrings,” then Tiny turned to show off her baby bump and said, “but most of all thank you for our new heir to the throne, the best Christmas gift you could give me, ever.”

This cleared up speculation that The Family Hustle mother was expecting again. Bossip reported that Tiny may be expecting back in November after pictures of Kandi Burruss’ baby shower popped up online.

According to Bossip, Tiny’s niece told the secret baby news after posting a Snapchat picture of Tiny Harris posing next to Kandi Burruss with the caption, “The two preggers.”

So much for all the stories about how T.I. and Tiny are splitting up. It seems that the hip hop couple have been plagued with claims that they are headed for divorce. The Atlanta rapper seems to be getting along great with his wife for now.

As a matter of fact, T.I. even went on record back in October when visiting The Real when he told Tamar Braxton that he and Tiny are in a great place and he even addressed why Tiny is “the one.” It seems that at least for now, T.I. and Tiny aren’t headed for divorce and seem to be pretty excited about expanding their already huge family.