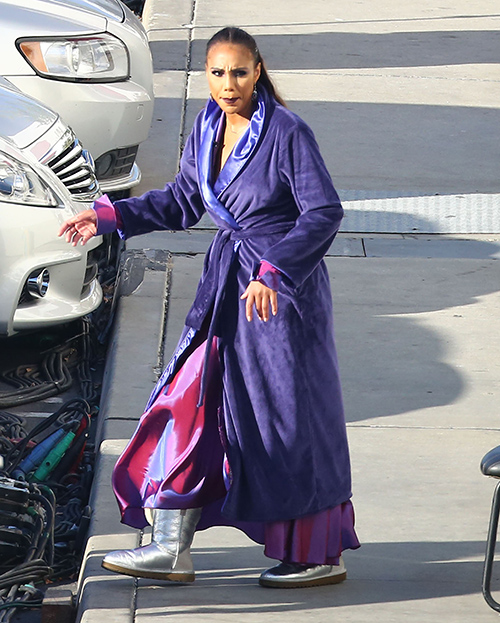 Now that Tamar Braxton has stepped down from her spot in the “Dancing With The Stars” spotlight, it was revealed that Tamar has been at odds with her sisters because Towanda has been trying to get on the show for years without any luck.

The 38-year-old reality star was forced to quit “DWTS” after she was diagnosed with a scary medical condition. Tamar discovered that she had blood clots in both of her lungs and it was just too dangerous to continue the dancing competition.

It wasn’t until Tamar dropped out of “DWTS” just over a week ago that a feud within the Braxton family was discovered. It turns out that Tamar is on the outs with her sisters Toni, Towanda, Trina, and Traci Braxton – and it’s because of the spot she got on the dancing competition. Apparently, Towanda Braxton has tried to get on the show for two years now and had no luck. This might have been her year if Tamar hadn’t stole the spotlight and now her sisters are furious with her for being so rude.

Rumor has it that Towanda wanted to take Tamar’s spot on “DWTS” and finally fulfill her dream of being on the show. Tamar reportedly wouldn’t let Towanda Braxton take the coveted spot on the reality show though and now the family is really angry with Tamar. As a matter of fact, the Daily Mail reported that the fighting is so bad that pretty much the whole Braxton family has sided against Tamar.

The Braxton black sheep doesn’t really seem phased by her family’s rejection. Soon after her release from the hospital, Tamar called into “The Real” to talk about her departure from the dancing show. Braxton said, “I mean, I’m just so elated and I just feel so blessed to come out of the hospital. Because, you know, the realization is that, you know, a lot of people don’t come out of the hospital with, you know, multiple PEs [pulmonary embolism] like I had. And you know I just feel really blessed beyond measure.”

Tamar is right. The “Let Me Know” singer did overcome what could have been a deadly healthy condition. Braxton easily could have died, especially after her first diagnosis was pneumonia and it turned out she was suffering from something even more dangerous. If Tamar would have kept dancing in the competition, who knows what may have happened.

Now as “Dancing With The Stars” heads into their final week of season 21, many of the now-eliminated dancers will come back for one more spin on the dance floor. Tamar Braxton was just released from the hospital a few days ago so she will probably be somewhere in the audience. As for Towanda Braxton, there’s always next year. Maybe this public Braxton family feud will help Towanda get a spot in an upcoming season.