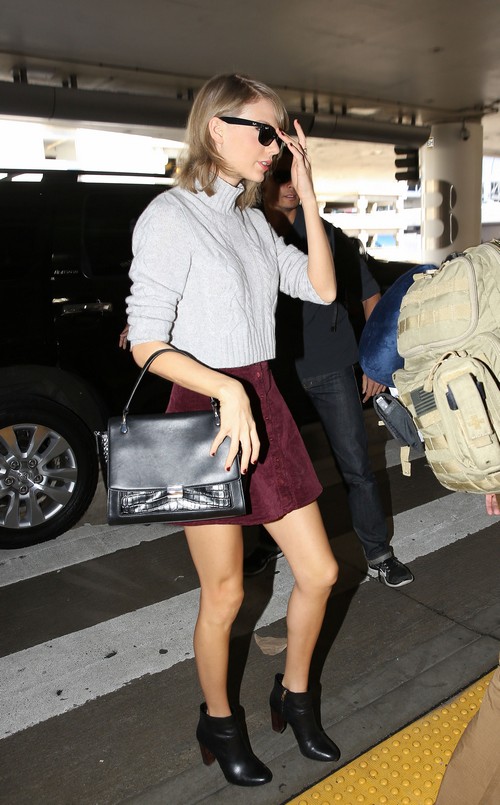 One Direction’s latest single “Perfect” was written by Harry Styles and is very obviously about Taylor Swift but why is T-Swift mad about the song? Taylor is notorious for writing songs about the men she has dated after they break up.

Now it looks like Harry Styles has turned the tables on Taylor Swift with One Direction’s new release and it looks like the British pop group has a hit on their hands.

It’s pretty obvious that “Perfect” is about Taylor Swift with the line, “And if you’re looking for someone to write your breakup songs about / Baby I’m perfect.” What other chart topper is notorious for writing some of her most famous songs about boyfriends, break ups and even about rival pop stars?

Harry Styles and Taylor Swift had a 3-month relationship at the end of 2012 and into January 2013 that didn’t end well. According to numerous reports, Taylor dumped Harry after she saw him smooching another girl. The “official” report was that both Taylor Swift and Harry Styles were just too busy with touring and making music.

In any case, three of the songs on Taylor Swift’s “1989” album are said to be about Harry Styles. Although Taylor has always been elusive about her songs and who may have inspired them, there are several clues in “Out of The Woods,” “Style” and “Wonderland” that make it near impossible to claim they are about someone else or nobody at all.

So why would Taylor Swift be upset that One Direction is now cashing in on her relationship with Harry Styles? It’s about time that someone writes a song about Taylor and “Perfect” isn’t even that bad. It sounds like Harry Styles is just finally speaking out about what his relationship with T-Swift meant to him.

It’s not like the One Direction singer took an opportunity to trash his ex. Given Taylor Swift’s popularity and her star power, that wouldn’t have been a great choice but that isn’t what happened.

Instead it sounds like Harry Styles wrote a song about the things he and Taylor Swift did during their brief romance. Although he’s played coy about her influence on the song, we know the new song One Direction song is about T-Swift and so does she. Will Taylor Swift write a new track in response to Harry Styles?