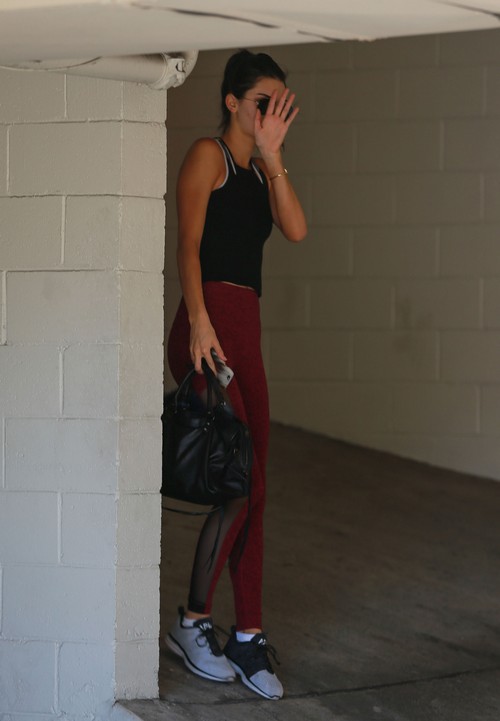 Kendall Jenner turned 20 years old on Tuesday and you know who wasn’t at the party? Taylor Swift. Rumor has it that Taylor bailed on the fun to show Kendall Jenner that she’s not part of the squad anymore.

While Kendall and friends partied at The Nice Guy, Taylor was in the area at a restaurant called The Little Door and the “Shake It Off” singer passed on making an appearance at the party.

Jenner used to run with Taylor Swift and several other young ladies in Swift’s inner circle but that all ended last year after Kendall Jenner and Justin Bieber were reportedly caught making out by Selena Gomez.

Well Selena and TSwift are BFF’s and the shocking love triangle drama has been really traumatic for Gomez. Taylor has been there for Selena Gomez since her breakup with Justin Bieber and has encouraged her friend to get past the Biebs because she deserves much better.

It’s no secret that Taylor Swift didn’t want to run into Bieber but there is a pretty good chance that Swift really was trying to send a message to Kendall. The two seemed to squash a beef back in June when Kendall Jenner came on stage during Swift’s “1989” tour but maybe that was all for show. The move definitely stopped a few rumors about them, at least temporarily.

As for the Biebs, he was at Kendall Jenner’s birthday party and he brought a date too. Gigi Hadid was at the party and it was pretty obvious that she came with Justin Bieber. Kendall’s best friend and runway partner was sure to show up to her party.

Hollywood Life reported that Swift was definitely avoiding Justin Bieber and that she is cool with Kendall Jenner. They also said that Gigi Hadid was trying to get Taylor to make an appearance at the party but she just wouldn’t do it.

Then they go on to claim a source said that Taylor “has no interest in hanging out with him or his crew so she skipped it,” Never mind the fact that Kendall Jenner never invited Taylor to her party to begin with.

Gigi has been a part of Taylor Swift’s squad, although not part of the inner core. Now it looks like the Victoria’s Secret model has made up her mind about whose side she is on. Coming to Kendall Jenner’s birthday party on Justin Bieber’s arm is the ultimate slap in the face for Taylor Swift. Don’t be surprised if Swift is writing her song right now.