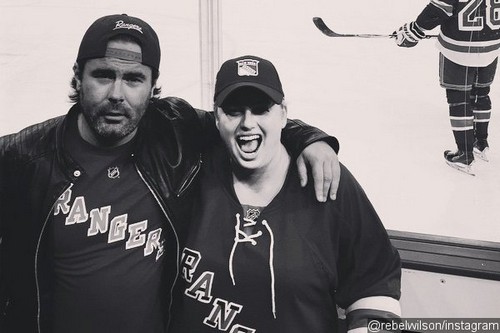 Rebel Wilson is living up to her name and revealed her true thoughts when it comes to Kim Kardashian and sisters Kendall Jenner and Kylie Jenner. Rebel openly slammed the Kardashain mavens equating them to no talent sex tape hacks.

Normally, during interviews celebs tend to keep it light and try not to say anything that will create drama. However, Rebel Wilson was refreshingly honest and open during her chat with an Australian radio show this morning.

Rebel has been promoting her fashion line, ‘Rebel for Torrid,’ and touched on the Kardashians during the interview. “I got asked to present with Kendall and Kylie at the latest VMAs but I said, ‘No, I’d rather do it by myself,’ ” Wilson revealed. Her reasoning….

“What they stand for is totally against what I stand for. They seem a bit superficial and their careers aren’t really based on talent,” the ‘Pitch Perfect’ star explained. “I know they’re super popular, but I’m all about personality and working hard to get to where I am,” Rebel continued. “I mean how Kim Kardashian got famous from the sex tape and I just went to acting school and worked really hard.”

While some might fear creating drama with the Kardashians – one can practically hear Kanye West jabbing the caps lock button on his Macbook right now – Rebel openly pointed out that the Kardashians are famous for sex tapes and reality TV. Feedback from various commenters on social media has been largely supportive, and likely for good reason.

Rebel isn’t the only woman who has taken to pointing out the Kardashian culture is not a positive role model for women. Amy Schumer touched on the topic during her monologue for Saturday Night Live in October saying, “We have to be a role model for these little girls because who do they have? All they have, literally, is the Kardashians. She doesn’t have a Malala poster in her room – trust me.”

And is that a great message for little girls? A whole family of women that take the faces they were born with as a light suggestion? Is that great? No.”