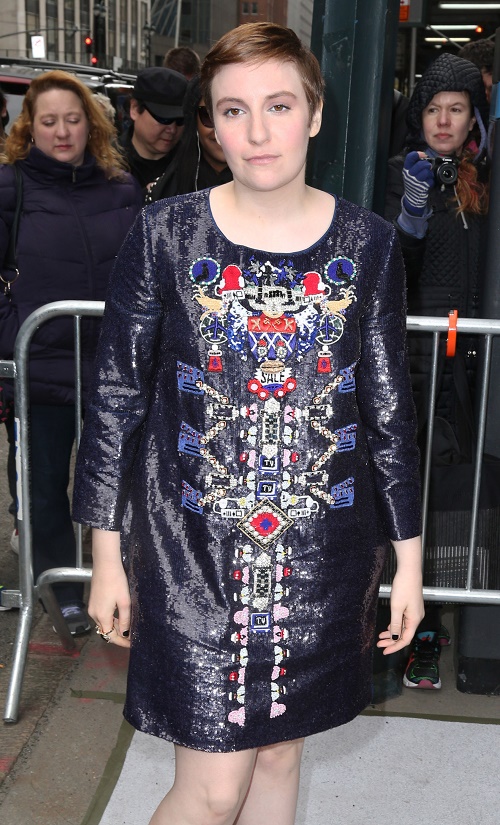 Lena Dunham, star of HBO show Girls, has always been an advocate for women and positive body images. But, deep down inside, Lena Dunham is apparently very insecure about her full figure and having a tough time coping with her weight issues. Lena’s BFF Taylor Swift is reportedly tired of listening to the actress complain about her body – and she is putting Lena on a diet and sending her to the gym!

The May 5 edition of Star Magazine reveals that Taylor Swift grew tired of listening to Lena Dunham’s incessant complaining about her body and informed her BFF that the pity party was over. The pop singer gave Lena a dose of tough love and told her that if she was that unhappy she needed to go on a diet, make some changes in her life, and hit the gym. An insider dished to Star Magazine, “Lena has really confided in Taylor about her insecurities. And Taylor was sympathetic at first, but finally got tired of Lena’s constant pity party and told her that if she was so unhappy with her weight she needed to hire a trainer and make a change.”

Taylor seemed to make a breakthrough with Lena, and the Girls star took her advice and tough love to heart and began going to the gym and working out. On her latest appearance on The Late Show with David Letterman the Girls actress, who has always embraced her body and weight confessed to the host that she has been on a “bit of a fitness kick lately” and she began exercising when she realized that her extra pounds were causing her to have shortage of breaths.

We’re all for bettering yourselves, and obviously we want Lena Dunham to be happy and healthy. But what actress is going to advocate for full-bodied women if Lena hits the gym and begins shedding pounds? Do you think Taylor Swift was too harsh on Lena, or was her tough love approach exactly what the actress needed? Let us know what you think in the comments below!