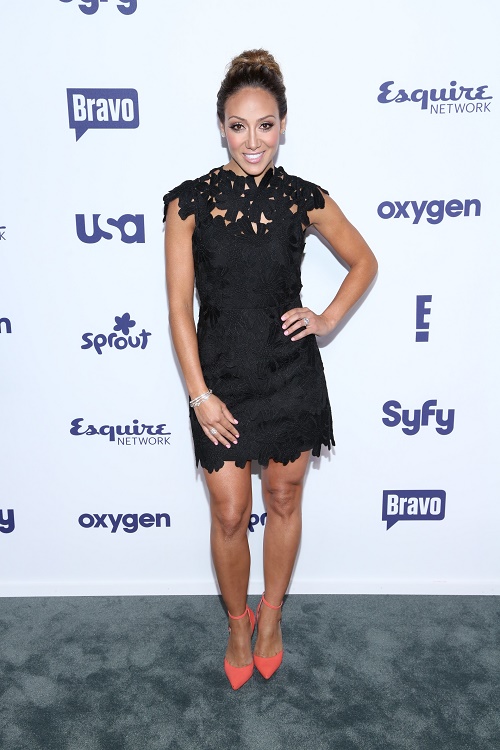 Even though Teresa Giudice is behind bars, she’s still stirring up major drama over her $1 million contract renewal for The Real Housewives of New Jersey season 7. The ladies of The Garden State are “disgusted that Teresa is getting such a huge paycheck, especially since she’s a convicted felon. It sends a very bad message to their fans that crime does indeed pay.” Apparently, Teresa’s sister-in-law, Melissa Gorga, is demanding a big raise and is looking for her million dollar payday.

And Melissa isn’t the only one. Dina Manzo also wants a million dollar re-sign deal, too. Even though the show’s producers want Carolyn Manzo to come back, she isn’t ready to sign on for the drama; she is going to hold out for a bigger payday. Jacqueline Laurita also is looking for her big pay day as producers asked her to come back to improve ratings. Seems the twins Teresa Aprea and Nicole Napolitano most likely won’t be back due to low ratings – fans said they were boring and brought nothing to the show.

Even though Real Housewives of New Jersey season 7 cast has yet to be announced, it seems like Melissa Gorga, Teresa Giudice, Jacquelin Laurita, and Dina Manzo and possibly Carolyn Manzo are the surest things – but Dina Manzo’s role does seem a bit up in the air after relocating to Los Angeles.

In Teresa’s case, the money she gets from the show will most likely go to her restitution payments stemming from her fraud case. In court documents, Teresa consented to withhold 25% of any money payable to her. Teresa will be released in February after serving a 15-month sentence and she will return from behind bars for the fall season. Meanwhile, her sister-in-law is spending a lot of time with Teresa’s girls. There is no secret that there is no love lost between Teresa and Melissa and it has gotten worse since Teresa is behind bars.

Apparently, Teresa called Melissa from jail to warn her to stay away from her girls. Damn that is cold! Well, that didn’t work out too well. Melissa and her husband Joe Gorga are filming for Joe Giudice’s spinoff and all against Teresa’s wishes. Teresa has since adjusted to the idea of Melissa being around her kids and is no longer angry about her spending time with them – she just wants to come home. Do you think they will find peace on the home front? Do you think the cast will get their big pay day?