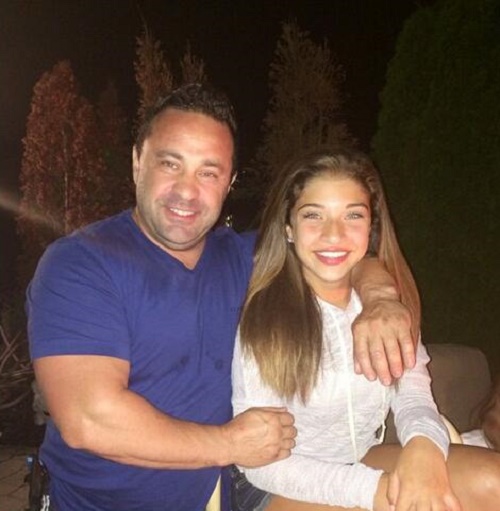 Is Joe Giudice getting his own reality TV show, a Real Housewives of New Jersey spin-off? Since Joe’s wife, RHONJ star Teresa Giudice, checked in to prison for a 15-month sentence rumors have been running rampant that her hubby, Joe, would star in his own Bravo show while she was away – and it would feature him raising their kids, and struggling with his wife’s absence. Multiple sources are hinting that Real Housewives of New Jersey has been shelved until Teresa is done with prison, but according to a new report, the “Juicy Joe Giudice” reality TV show has received the green light.

Is Joe Giudice really in any position to turn down a paying-job right now? We all know about the Giudice’s financial woes, and the fact that Teresa’s family could be homeless by the time her sentence is up, so Joe needs to take whatever gigs come his way. And, let’s be honest, like he doesn’t enjoy being in the spotlight, we’re sure Bravo didn’t exactly have to twist his arm.

According to a new report from Real Mr. Housewife, Joe Giudice has already signed a contract for a Real Housewives of New Jersey spin-off. The site’s source’s dished, “Joe has signed a deal for a show. While Teresa is happy Joe will be making some money, she is concerned that she won’t be around to filter what her husband and kids are saying and doing.”

Yikes, so all that drama we used to see on RHONJ was already “filtered?” Rumor has it that the Juicy Joe special won’t be very long, it’s more just to check in on Theresa’s family while she is away and update the Giudice’s fans on what they have been up to. Ratings will probably be successful, and isn’t everyone a little curious to see how Joe Giudice is doing raising his daughters on his own without Teresa? Will you be tuning in to Joe Giudice’s reality TV show? Or do you think it will be a flop? Let us know what you think in the comments below!