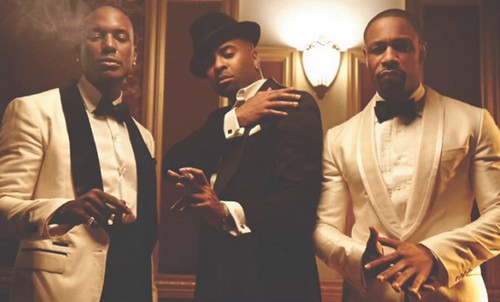 TGT is splitting up and the early breakup of the R&B supergroup could cost millions of dollars. Tyrese was quick to announce that he and Tank will be moving on together via social media. Ginuwine is out of the group and apparently pretty angry with Tyrese for breaking the news.

Tank, Ginuwine and Tyrese made one album together after forming the supergroup TGT. Fans have been waiting for a second album for the R&B singers since their 2013 release Three Kings. The three singers were expected to get in the studio in early 2016 to work on that highly anticipated musical offering until Friday, December 18 when Tyrese announced that Ginuwine was no longer in the group.

Tyrese wrote on Instagram, ““I’m sorry to break the news………. TGT is done……….. It’s not about fault….. Business is business…..” He came back later to let fans know that he and Tank would be working together in the future. Tyrese also said that Ginuwine wouldn’t be back but that there were no hard feelings.

The second part of Tyrese’s Instagram post about the sudden split of TGT read, “We will forever love our brother G as brothers….We’ve got TOO much history to turn this into anything negative….Even 112 are still together, NEXT, DRU HILL is still together and TROOP and New Edition…..It’s only 3 of us we did one album it was epic……And now it’s over…….”

Ginuwine didn’t take the TGT breakup news well and responded in a way that had fans thinking he was kicked out of the group. The former TGT member responded to Tyrese’s post and said, “Wow really to post personal Bizns s*** is a pu*** move ni**** why would you do that and since you wanna do that keep it going and we will expose it all DIVA lets get it!!!!!! Be a f***** man not a lil boy talk to me call don’t try and manipulate the situation publicly wack wack wack of you. Exactly why it is the way it is.”

It turns out it was Ginuwine who announced to Tank and Tyrese that he was out of the R&B trio so his response to Tyrese’s announcement is odd. It seems like the whole social media freak out might have worked in everyone’s favor though.

Tyrese took the initial breakup post down and replaced it with a new picture of the TGT men. The caption read, “o crazy……. A few RnB Dudes already got at me – I’m coo….. Honestly maybe I’m crazy but I hope we can just figure this out..I’m still here for #TGT -#Family may fight and argue…….. But loyalty and compromise always wins in the end………. One things for sure…… The#GrammyNominatedAlbum called#ThreeKings was a great one…….. Pure R&B!”

We’re hoping this means Tyrese and Ginuwine were able to work out their issues. There are two albums left for TGT to make according to their Atlantic Records contract and it would be very expensive for the group to split before those records are made.