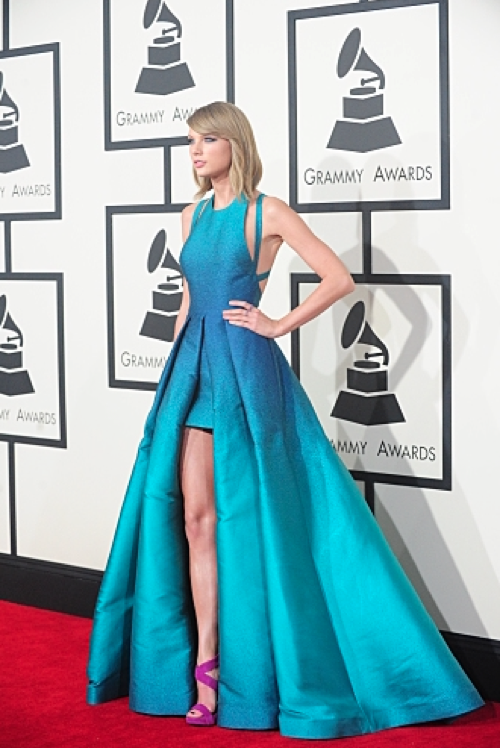 The 57th Annual Grammy Awards 2015 airs tonight on CBS and will celebrate the year’s biggest honors in the music industry. The biggest names in the industry are nominated for tonight’s awards and, while we definitely have our favorites, it’s going to be difficult to root for only one nominee. Who are your favourites? We will be showing you great photos of the red carpet arrivals and more. Later we will provide the list of all Grammy Award winners.

As always, we’ll be bringing you all the hot photos from the red carpet, as well as be providing you with an up-to-date list of winners over the course of tonight’s show.  We will be posting the good, the bad and the really bad fashion tonight!  Stop by often tonight for all your essential 2015 Grammy Awards coverage! The fun begins 8 PM EST on CBS, with Red Carpet action occurring in the hours before (check local listings for accurate times).

Watching the Grammys live right now as the show opens with ACDC! These old guys can still rock but are they lip syncing? Come back often as we add more pics and comments.

Click over to our good friends at Too Fab for a complete winners list and even more amazing Grammy photos!

Record of the Year

Song of the Year

Album of the Year

In the Lonely Hour, Sam Smith

The River & The Thread, Rosanne Cash

“The Last In Line,” Tenacious D

“Gentle On My Mind,” The Band Perry

“Something In the Water,” Carrie Underwood