The Roots Jam Session: Celebrating the 2015 Grammys in Hollywood 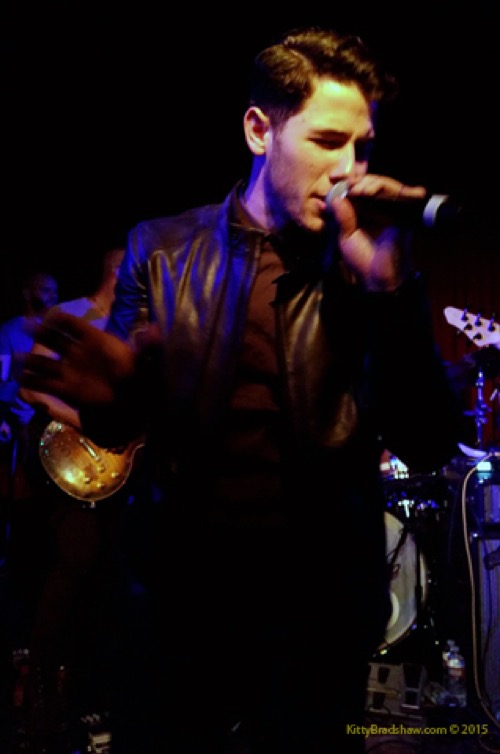 This week I was asked to be a Blogger Correspondent for Martell Cognac during the 9th installment of The Roots Pre Grammy Jam Session. Martell was one of the title sponsors for the event; which provided me with all access both back stage and front and center during the performances. In all honesty, this type of event is so far removed from what I normally cover but I was happy to cover for CDL providing you all with the behind the scenes exclusive.

The Roots held this event every year up until 2012, when they took a break. To make up for lost time, they came back this go-round with a 4 day extravaganza filled with chart topping artist that performed their hits as well as cover songs. One of my favorite performances was from new kids, Niko & Vinz who covered the timeless Bob Marley song, “Could This Be Love.” Prior to their performance I wasn’t really a fan. Their song, “Am I Wrong” reached #4 on the US charts and has been riding high for the past year but unfortunately I wasn’t moved. However, after their live performance I was made a believer and now look forward to their future work. 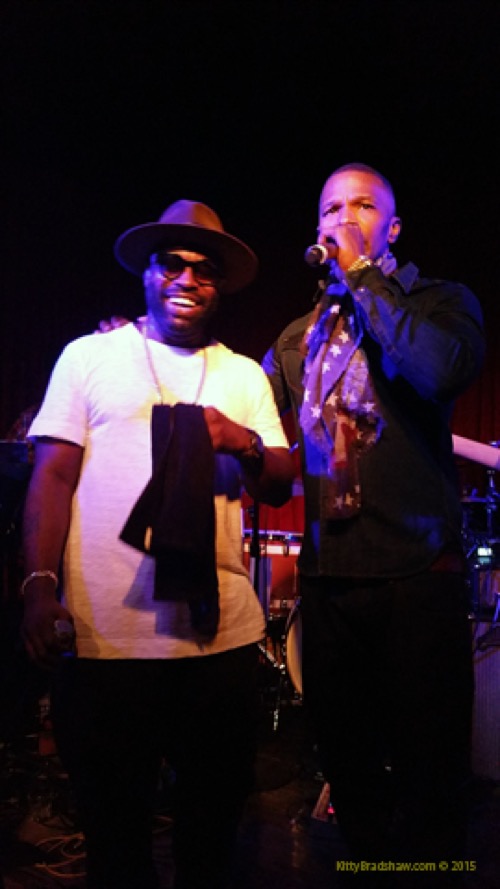 At one point during the night, The Roots announced that their close friend Nick Jonas was coming out to perform. Before we could gasp, he was already on stage with mic in hand singing a live version of his hit song, “Jealous.” I must say that he is very attractive in person. Out of 150 people I was the one closest to him and not only does he look good, he smells good too, YUM! J

Queen Latifah came out to perform and I am amazed at how well she can sing. I grew up on her rapping, so I wasn’t sure if it was a studio produced voice or was she a genuine triple threat. Before she came, while getting her microphone queued up she began singing to warm up the audience.   As soon as she started serenading us, the crowd went crazy. One thing I can say for sure is The Roots only bring out truly talented artist. 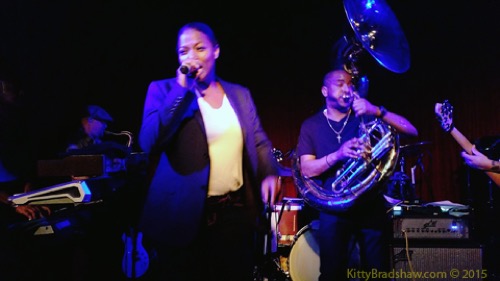 British crooner, Ed Sheeran surprised everyone in a 10 mile radius (including The Roots) when he decided to not only sing but also rap. Jaime Foxx later joked by saying, “I heard Ed Sheeran came out earlier and dropped 64 bars.” Let me add that we were in a room filled with mostly hard core hip hop fans and he earned his stripes honest last night. Let’s hope he decides to turn his hobby into a hip hop record. 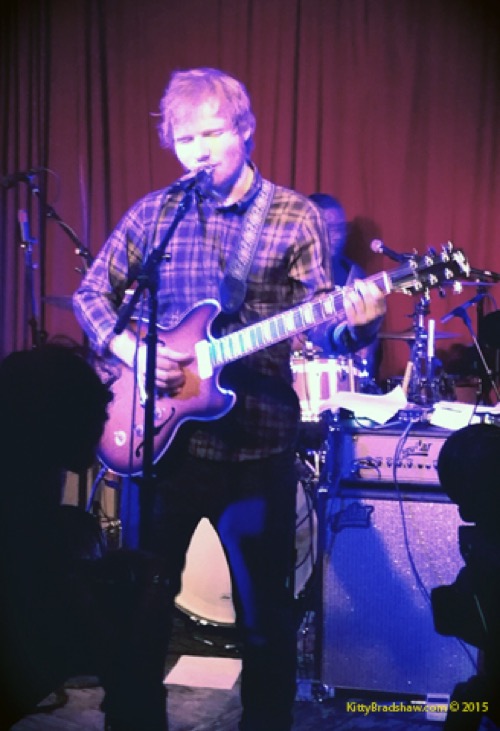 All-in-All it was a great night in music. During an interview, Questlove talked about the conception of the event. He stated that it was originally formulated as the anti-Industry event where all the artist who weren’t invited to the Grammy’s could come and showcase their talent. Questlove went on to say that the event eventually evolved and now everyone wants to join which is a good thing. The Roots hope to continue doing the jam sessions for as long as they can.

Thank You to Martell Cognac for inviting me to attend and cover the performances. Not only were they a gracious host, they were even better bartenders by serving up the most delicious Martell Sour cocktails. *cheers*