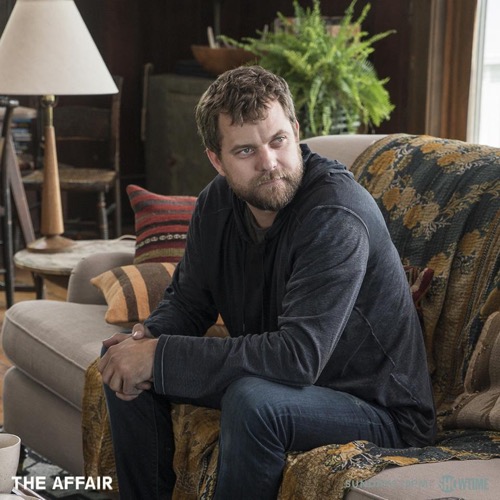 Tonight on Showtime, The Affair has an all new Sunday October 11, season 2 episode 2 called, “2” and we have your weekly recap and spoilers below. On tonight’s episode, Alison’s (Ruth Wilson) summer with Noah (Dominic West) is interrupted by an unwelcome guest.

On the last episode, season 1 ended with the disappearance of Whitney causing Helen to scrutinize Noah and his relationship with Alison and her family. Meanwhile, Cole searched for answers at Lockhart Ranch; and Det. Jeffries made significant progress on the case. Did you watch the last episode? If you missed it, we have a full and detailed recap right here for you.

On tonight’s episode as per the Showtime synopsis, “Alison’s summer with Noah is interrupted by an unwelcome guest. Meanwhile, Cole’s self-destructive lifestyle causes everyone to become concerned.”

Tonight’s episode is going to be an action packed one, which you won’t want to miss. So be sure to tune in for our live coverage of Showtimes’ The Affair Season 2 Episode 2— tonight at 10PM EST!

The Affair has always been about different perspectives but what happens when someone is intentionally lying to themselves?

Alison and Noah both left their respective partners at the end of last season and it seems they can both agree about being in a happier place since last summer. However, while they may appear to be adjusting quite well to their new circumstances, the couple weren’t as bullet-proof as Noah might have remembered.

Remember Noah can only see things from his angle and so his issues like his kids no longer wanting to talk to him tends to precedence. Also he can recall the crappy incident of trying to retrieve his stuff from his old house. And he can recall the awkward mediation with Helen as they discussed custody but he doesn’t remember returning home to Alison in a mood. Nor did it showed in his memories that he let all of his pent up anger out on her because she was convenient.

The two later made up but the fact someone remembers a fight and another doesn’t kind of says something about the relationship. Either Noah is idealizing his time with Alison or Alison is continuing to be the long-suffering type. And last season she did pretty much the same thing.

There was just nothing that was her fault and she even told the police that she was merely going through emotions at the time of affair. Yet both Noah and Cole appear to be thinking about the same woman as they rehash the past. And to them, Alison is this confident woman who always knows what to do to put people at ease and that’s not such bad thing. They’re not calling her manipulative or even a bad person. They just don’t see her as this timid person that she paints herself.

Anyways, Alison had to deal with more than Noah’s anger. Running into Cole was apparently not easy for her and, according to Alison, she felt afraid of Cole when she return to the home she shared with Noah and found Cole already waiting inside. The first thing she asked him was if he had his gun.

Though Cole was simply dropping off her clothes that she had asked a friend to collect for her but she felt Cole liked having her feeling on edge. He looked at Noah’s book without their permission and then he volunteered to fix her toilet. The stupid thing had broken down on Noah and Alison that very morning so Cole offered to fix it for them because he was there and needed to pee.

And afterwards, he left without causing any major fireworks. So the entire meeting almost felt as if Cole was goaded her. But according to Cole, he was living on the bare minimum of sleep and was using cocaine as a way to suppress his emotions. Meaning he didn’t think he actually had it in him to make things difficult for her.

Thus, that’s when what really happened becomes unclear because two people can remember one incident and come away with completely different stories.

Allison can remember a slightly smug ex-husband cramping her style and yet Cole was a lot kinder towards her when he was recalling the same event. Now he did let himself in and he’s not denying it. However Alison didn’t appear to be frightened of him. If anything she came across as concerned.

Cole had lost his family ranch and he was making a living by driving a taxi. A sad thing to hear about on its own. Though the drugs and the lack of sleep was evident on Cole’s face so Cole believes Alison made him a cup to drink. And that she made him eggs when she noticed that he needed to eat something.

So Cole saw Alison in this maternal self-assured light. And she saw him as someone that was forcing his presence on her. But there is one thing that should be discussed and that is whether or not Cole did fix the toilet. After all it was fixed by time Noah came back yet Cole didn’t seem to remember that part and Alison purposely kept that as a secret from Noah.

And that begs the question why either of them would lie?

Going forward in time, though, all that Alison could take away from Noah’s bail hearing is that she personally felt like Helen and the lawyer she hired for Noah were trying to push her out of Noah’s life. And as for Cole who was also there, he too thought Alison looked worried. But that last part didn’t exactly bother him.

Noah was being accused of killing Cole’s brother so that’s where his focus was.