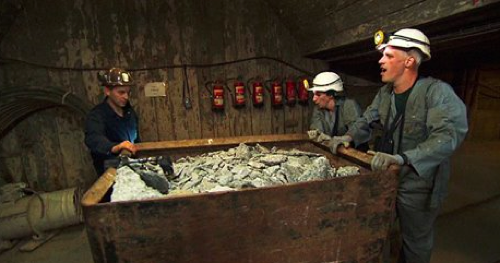 Tonight on CBS the Emmy award winning show The Amazing Race hosted by Phil Keoghan returns in an all new Friday November 20, season 27 episode 9 called “It’s Always the Quiet Ones,” and we have your recap below. On tonight’s episode, the six remaining teams visit Agra, India.

On the last episode teams hit the town in Krakow, Poland with local street musicians to earn a hard day’s pay. Josh and Tanner arrived last at the Pit Stop but it was a non-elimination round. Phil said Josh and Tanner will face a speed bump in the next leg and there’s a u-turn. Did you watch the last episode? If you missed it we have you covered with a full and detailed recap right here for you.

On tonight’s episode as per the CBS synopsis, “the six remaining teams visit Agra, India, where they face a U-turn and some duos enjoy the sweet taste of victory after a candy making challenge.”

The #AmazingRace begins with the six teams leaving for New Delhi, India where they catch a train to Agra and the Taj Mahal and a nearby river to get the next clue. There is a U-turn ahead. Tiffany and Krista already used their U-trn but the other teams are targeting Justin and Diana. All the teams catch up on the way to India. All the teams are on the same flight to India so any lead Justin and Diana had is lost. They head to the train station and find people lying around all over sleeping.

The teams are all on the train. Justin is now targeting Chris and Logan unfairly because he believed the cheerleaders’ lies. The teams hop off the train in Agra and race off. They grab little cabs and get in and head out. The traffic is terrifying the teams. At the river, the teams hop out and the cheerleaders are first to grab the clue. The #roadblock is Laundry Day. They take a bicycle full of dirty laundry, wash saris and lay them out to dry. Josh and Tanner both have to do the roadblock for their speedbump.

Justin and Diana show up in last place. The teams are shown how to fold the laundry prior to washing it. They fold it, knot it, put it in a pot of boiling water and then the knot process confuses several of them. Josh is freaking out since he has to do the roadblock but must first wait for Tanner to get done. Tanner is feeling the pressure and says he’s panicking over Josh having to do this after him. Tanner says his mom does his laundry at home still. Denise sings while she works.

Tanner asks everyone if they are going to U-turn them and several tell them no. Denise is first done tying up her laundry and Diana is close behind. Now Denise carries a load of wet saris to spread them out but she can barely hold the heavy weight. Joey is done and carries his. She keeps stopping to pick up items she drops. Now they have to spread them in sand to dry. Krista gets done with hers and starts carrying. Tanner is close to being done. Joey says he may use the U-turn on them.

Joey gets his clue first followed by Chris. They have to go to Hanuman Temple to get a blessing a clue. Joe and Kelsey are first then Chris and Logan. Justin and Diana are in 3rd. Josh starts his turn at the laundry. At the Temple, Kelsey and Joey get their blessing and their clue. The detour is Cans or Candy. The cans challenge is to recycle oil cans. The other is to wash a pumpkin and deliver to the candy store. Kelsey and Joey decide to do cans. Logan and Chris choose candy.

Justin and Diana choose cans. Tiffany and Krista leave in 4th and James and Denise in 5th. Kelsey and Joey go to the wrong place and now have to find the bazaar they were meant to go to. Justin and Diana find they have to load up 120 empty oil cans and get it onto a bicycle cart. Logan and Chris get to the pumpkin place. Logan wants to watch the demonstration longer but Chris says he’s got it. The cheerleaders get their blessing and choose candy.

Josh grabs up his stack of wet laundry and runs to lay them out. Justin and Diana tie down their load as a parade heads down the street blocking them. Kelsey and Joey make it to the can place. They are frustrated to be in second place again. Tiffany and Krista make it to the pumpkin place. Chris is chewing out Logan and says she’s being too picky with her cuts. Denise and James are there too. Josh is on his last sari and they head out in last place. Justin ties the last of the cans.

Kelsey and Joey are rushing and knocking their cans back off the cart. A gaggle of locals is watching the American racers slice their watermelons and monkeys hang from the rafters. The locals cheer them on. Logan and Chris are told not enough and to do more. Tanner and Josh get the blessing and clue and choose candy. Justin gets on the bike and steers it into the street while Diana walks behind holding it. Locals on motorbikes honk and weave around them.

Justin talks and waves to all the locals. They make it and now unload. Kelsey and Joey are now biking but he’s hitting things. Chris and Logan get thumbs up on their pumpkin and head out. Justin and Diana unload and get their clue which puts them in first place. They are told now to go to a roundabout. The U-turn is there before they get the detour clue. Kelsey and Joey unload and are making a mess. Justin and Diana head out.

Logan and Chris finish and get the clue in 3rd. Chris says if they get their first, they will U-turn someone. Justin and Diana’s cab is lost. The reporters and paparazzi both plan to U-turn them. Justin and Diana are in a panic then someone hands over the address and they take off again. At the U-turn, Justin and Diana get their first. They decide not to U-turn anyone. They are told to search the gardens near the Taj Mahal. Phil says the palace would cost $1 billion in today’s money.

Phil is hiding in a corner of the Moonlight Garden and they have to find him to check in at the pit stop. Kelsey and Joey U-turn Josh and Tanner. They head out in 2nd place. Chris and Logan don’t U-turn anyone. Denise and James get their thumbs up to deliver pumpkin candy. Justin and Diana make it to the Taj Mahal and the Moonlight Garden. They jog around looking for Phil. They find him in the corner. They are welcomed to Agra and Phil says they came in first again and they won a trip to Honolulu.

Phil says they completely dominated and Diana says they work well together. This is their sixth leg and Justin wants to win nine to break the existing record. Kelsey and Joey come in second again. Chris and Logan show up in third. Chris is not happy and he says Justin and Diana rub them wrong. The other teams talk about how if they have the chance, they will knock out Justin and Diana. The cheerleaders head out to deliver their pumpkin. The Texas boys are close behind.

Denise and James grab the clue in 4th place and head for the Taj Mahal. The cheerleaders are shocked to see the guys got U-turned. The girls are mad at Kelsey and Joey for this. The guys show up and find out it’s a #UTurn for them and they head back to the oil can detour to do that part. Tiffany and Krista check in at 4th place. Denise and James look like they may be in the wrong spot. They find a map and figure out where they went wrong.

They hug each other and James says he’s so proud of her for hanging in there. Josh and Tanner show up in late last place and are told they are eliminated from the Amazing Race. Josh and Tanner say that Justin and Diana were just too good and they never thought they would be out of the race. They thought they were certain to win, started out strong then just let it go. That’s it for tonight’s leg of the Amazing Race! Amazing Race is on next Friday despite the holiday. Tune in to CDL for the live recap of the next episode that picks up in Agra, India.