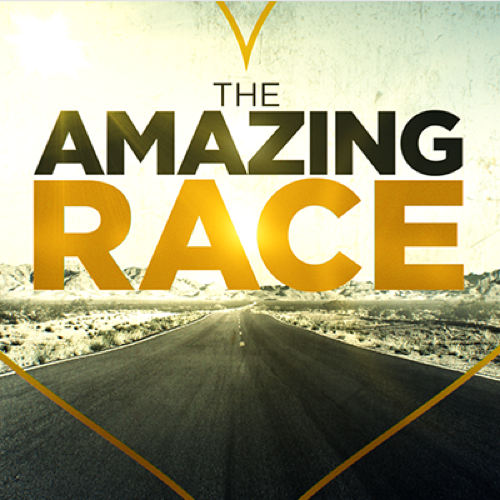 Tonight on CBS the Emmy award winning show The Amazing Race hosted by Phil Keoghan returns for yet another exciting episode and sadly it is the 25th season finale and we have your weekly recap below. In an all new Friday April 10, season 26 episode 6 called “Smells Like a Million Bucks” the race continues in Monaco.

On the episode the race continued in Bavaria, Germany, where teams strapped on lederhosen for Oktoberfest. One duo’s race was threatened when they lose a fanny pack. Did you watch the last episode? If you missed it, we have a full and detailed recap right here for you.

On tonight’s episode as per the CBS synopsis, “the Race travels to Monaco, where one team takes a big risk to gain an edge on the competition.”

The AmazingRace starts in Munich. The teams are heading to Monaco via Nice. They’ll get fancy outfits then fly via helicopter into Monaco. Aly and Steve get to the Munich airport first. They get the last seat on a 5:05 arriving flight. Matt and Ashley book the wrong flight and get on one getting in an hour later. Jeff and Jackie are also getting in an hour later. Blair and Hayley are trying hard to get along better. Laura and Tyler also get on the later flight. Mike and Rochelle are on a later flight and won’t get to Nice until close to 9 pm. They go to the gate and beg for standby seats onto the earlier flight and score tickets onto the earliest flight along with the Sochi team. All teams are in the air now.

#TeamSochiLove and #TruckStopLove land in France. Everyone thinks that Mike and Rochelle are further behind. They all head to the tailor to get outfitted. They are told their outfits won’t be ready until the next day. They head out and the other teams are shocked to see that Mike and Rochelle were there before them. Matt and Ashley show up and they all get their fittings. Next day, Team Sochi gets the first chopper, then Mike and Rochelle 2nd, Jelani and Jenny gets the 3rd, Laura and Tyler the 4th, TeamRx gets the 5th, TeamJJ the 6th and Matt and Ashley are on the last one.

Aly and Steve face a #Roadblock where one partner gives the other roses and chocolates. They have to go on foot to pick up the two items and find their partner who will be waiting on a luxury yacht. Steve heads out then Mike and Jenny. Laura and Hayley also decide to face the roadblock. Steve gets the roses and heads out while Mike is still jogging. Laura and Jenny decide to work together. Steve gets the chocolates and heads to the marina. Mike gets his chocolates and is off for the marina. Steve finds the yacht and hands over the goodies. Their next clue tells them to head to the casino.

Mike loses some time looking for the yacht. He goes to the wrong side of the marina. He gets directions and heads off. He shows up sweaty and Rochelle tells him good job. They also head out to the casino. At the Monte Carlo Casino, Aly and Steve are first to arrive. They face a roulette wheel that determines which #Detour they face. They get Win By a Nose and have to go get a car to head to a church. Laura and Jenny make it to the yacht and they head out. Hayley shows up to put them in 5th. At the casino, Mike and Rochelle are told to do Win By a Nose also.

Jelani and Jenny get Don’t Slack Off for their detour. Laura and Tyler get Win By a Nose. Mike and Rochelle pause to get directions then eat chocolates on the way to the race track. Jenny rants to Jelani that he lost the map – he didn’t, she let Laura hold it and she kept it. Jackie gets to the yacht putting them in 6th while Matt shows up last. Aly and Steve stop for directions and are told they’re going the wrong way but don’t understand what they’re told.

Jeff and Jackie get Don’t Slack Off as do Matt and Ashley. Aly and Steve realize they are at the wrong church and are now stuck in traffic. Not a good move.

Steve and Aly reread the clue and realize their error. Mike and Rochelle take the lead and face the Win By the Nose challenge where they have to make a custom perfume. They get a recipe and each have to blend a fragrance. They agree it’s like chemistry class. Jelani and Jenny arrive at Don’t Slack Off where they zip line 2,000 feet above the city. Tyler and Laura show up to the fragrance challenge and Mike tells Rochelle to calm down and focus.

After they zipline at the other detour, they have to walk across a rope line at the same great height. Hayley and Blair show up to the perfume challenge and are happy since both were chemistry minors in college. Aly and Steve finally make it to the scent detour. Rochelle is getting frustrated with their lack of progress. Jackie and Jeff are at the heights challenge as the wind picks up. Matt and Ashley start their zipline experience next.

Jelani is on the rope portion and makes it across easily. They get their clue to head to the pitstop at Plage de Passable. Mike and Rochelle submit their scents for smelling. They fail on one. Laura and Tyler fail also. Matt and Jeff are both scared on the rope part. Matt and Ashley leave in second and Jeff and Jackie in 3rd. Aly and Steve go back again to have their scents checked and get a pass. They head to the pitstop in 4th place.

Laura and Tyler get tested and pass the test to get their clue. Hayley and Blair go up to get theirs tested. Mike goes to get in line after them. Hayley and Blair pass and that puts them in 6th. Mike and Rochelle get the thumbs up but they are in last. Jelani and Jenny use a map instead of asking for directions. Matt and Ashley stop a woman to ask and she sketches directions. Aly and Steve also stop someone. Jelani and Jenny find out they went the wrong way and have to backtrack.

Phil greets Hayley and Blair in first place. They were smart and asked for directions from the get-go. They are told they won a trip for two to South Africa. Aly and Steve show up to take second and Mike and Rochelle take third. Arriving in 4th are Matt and Ashley and Jelani and Jenny take 5th then Laura and Tyler in 6th. Blind daters Jeff and Jackie show up in last place and Phil tells them they’re eliminated. They agree they had a great time and enjoyed meeting each other.