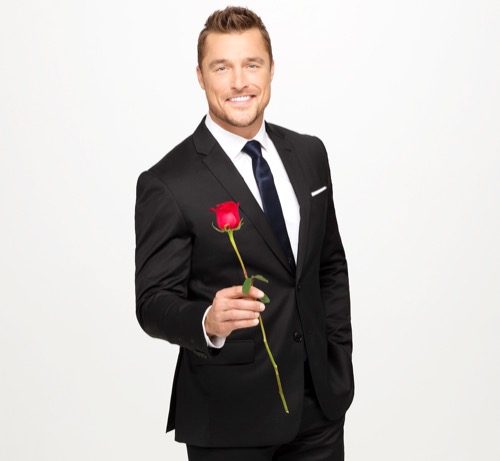 The Bachelor 2105 returns on ABC this evening with an all new Sunday February 15, season 19 episode 7 called “Chris Soules Tells All,” and we have your weekly recap below. On tonight’s show, in this one hour special, as Chris continues his quest to find his true love, Chris Soules discusses his most memorable moments from the season and his thoughts on the bachelorettes.   If you want to see what goes down tonight we already spoiler the episode, right here!

On the last episode, all hell broke loose when Kelsey fainted after a panic attack and the paramedics were called in to help. Chris canceled the cocktail party, but did Kelsey’s breakdown influence his decisions? Was she faking it? Finally, nine women remained with the hope of becoming Chris’ wife. Did you watch the last episode? If you missed it, we have a full and detailed recap right here for you.

On tonight’s show as per the ABC synopsis, “Chris Soules joins Chris Harrison on a revealing new one-hour special, sitting down to discuss some of the most unforgettable women and memorable moments of the season so far, along with a sneak peek of never-before-seen moments. One of this season’s most controversial bachelorettes, Kelsey, opens up about her panic attack: Was it real or fake? The Bachelor also shares his thoughts about another outrageous woman: Ashley S. and reveals why he gave certain ladies a second chance. He also weighs in on Jimmy Kimmel’s attempt to help him find love. Finally, Andi reveals the happy times and heartbreaking memories of her engagement to Josh and where she thinks their relationship went wrong.”

Tonight’s special episode of The Bachelor, “Chris Tells All,” kicks off with Bachelor host Chris Harrison – last week Kelsey was eliminated on the awkward 2-on-1 date with Ashley I. and Chris Soules. First up on the “Tell All” episode, Kelsey sits down with host Chris Harrison to discuss her controversial time on the ABC reality TV dating show. Kelsey explains to Chris Harrison that she doesn’t think she is “smarter than the other girls.” She insists that one comment that she made was completely misconstrued and taken out of proportion.

Next Chris Harrison asks Kelsey about sneaking off to Chris Soules’s hotel room, Kelsey explains that she wasn’t trying to “steal time” with Chris. Kelsey just felt that it was important that she told Chris about her marriage to her late husband Sanderson. Kelsey insists vehemently that she didn’t fake her panic attack, she just had a “flood of emotions and she had no control over her motor movements.” Chris Harrison asks how she recovered so quickly and went from hysterical to just laughing? Kelsey explains that she tried to make the situation humorous because she was embarrassed.

Now, it’s time to address the awkward 2-in-1 date with Ashley I. and Chris Soules. Ashley took Chris aside and told him that Kelsey was “being fake.” Kelsey explains to Chris Harrison that Ashley just felt threatened by her because she felt threatened by her, despite everything that Kelsey said about Ashley – she insists in her interview that she “still respects her.” Chris Harrison asks Kelsey what she thinks will happen at the “Women Tell All” episode, she confesses that she thinks the other girls are going to crucify her.

Obviously Chris Harrison wants to discuss crazy Ashley S – and why The Bachelor waited so long before he sent her home. Chris Soules explains he didn’t realize how “full on crazy” Ashley was until they want on the Zombie date to the paintball gun range. He laughs that he was really scared, and Ashley totally blew her mind. Chris Harrison shares a never-before-seen clip of Ashley S that never aired on TV. Ashley walked all around the set at night, would stare at little doors in the wall, and she thought that the staff was a big betting ring placing bets on which girls were going home. Chris laughs that there are “a lot of layers to a pomegranate.”

Now it’s time to discuss Jordan, after being sent home in Episode 2 she crashed their group date in Santa Fe and pleaded with Chris Soules to let her come back on The Bachelor. Chris confesses that he realized very quickly how bad of an idea it was to let her come back – so he told her “no” because he couldn’t do that to the other girls. Another girl that comes up in “Chris Tells All” is Jillian. Chris confesses that Jillian was in his Top 3 until he went on a 1-on-1 date with her and realized that they literally had no chemistry and he was thrown off by some of the weird comments she was making while they were at dinner.

Chris Soules says that his most unforgettable date was definitely with Kaitlyn and Jimmy Fallon. But, he definitely won’t be forgetting about his and Carly’s trip to the love guru anytime soon. He explains to Chris Harrison that he felt completely uncomfortable, and he was thankful when Carly decided to call it quits and announced she didn’t want to get undressed. He laughs that they should fire the Love Guru.

Now, Chris Harrison wants to discuss The Bachelor’s undeniable connection with Britt. Chris Soules explains that he wasn’t in it to hurt anyone, he was genuinely trying to find love and never meant to upset the other girls by kissing her in front of all of them. He admits that he felt horrible when he took her to the Big & Rich concert and ditched the other women for hours. Chris Harrison gushes that Chris Soules is by their “most sincere Bachelor yet,” and he can’t wait for Bachelor fans to see how the season ends.

Andi Dorfman joins host Chris Harrison in the hot seat next – to discuss her break-up with fiancé Josh Murray. Chris asks Andi how she has been doing since her break-up, and Andi bursts in to tears, Chris Soules comforts her and tells her how much he loves her and how sorry he is that her engagement didn’t work out. Andi confesses that she hasn’t been coping well – and it has been a tough month for her. Chris Soules asks her about the Bachelor premiere, and how she and Josh gushed about their wedding that night and then broke up two days later. Andi admits that their relationship was “struggling for a while” before they broke up.

Andi cries that she thought she had 100% found her soul mate, but the trip to the Bachelor premiere was eye-opening because she realized that couples that had gotten engaged before them had already set a wedding date – and they hadn’t, so it was a mutual break up. Andi confesses that when she was with Josh she “didn’t feel supported” and they were both fighting to make the relationship work, it was also tough living in the same house with each other because they had such strong personalities. Chris Harrison asks Andi if she is still in love with Josh, and she begins sobbing and says that she will “always love him.” Andi gushes that he was her first true love and her first heartbreak, so she will always love him. Chris asks Andi if she and Josh still talk to each other, she reveals that they aren’t on speaking terms and they aren’t in a healthy place right now. Chris raves about how proud he is of Andi for being strong enough to come in and do an interview with him, and says that he wishes her and Josh “nothing but happiness and peace.”