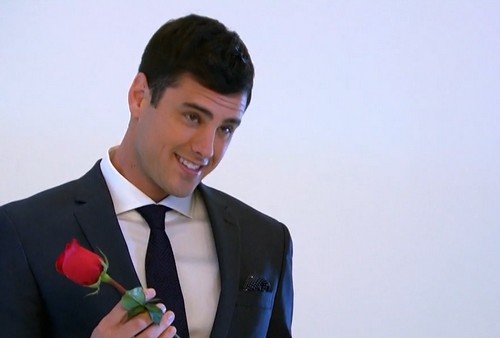 “The Bachelor” 2016 spoilers tease that Ben Higgins gets a taste of life in the Bachelor mansion when contestant Caila Quinn professes her love for him—just hours after arriving at the house. Ben was unsure how to react to her declaration and was seen referring to her as crazy after walking away from her.

In the latest promo video released by ABC, Caila isn’t the only one that professed they were falling for the handsome “The Bachelor” reality star. Ben has the daunting task of telling a few women that they did not make the cut.

In the clip, Caila tells Ben that she is falling in love with him after just a few hours. In another clip of preview, Caila cried in her room, whining that she professed her love and he rejected her. The camera zoomed into Ben and he says the word, “crazy” about Caila. Ouch!

Reality Steve noted that Caila will be season’s drama queen and from the looks of the preview, it seems accurate. Ben explained in a recent interview that the one quality in a woman that really turns him off is drama. Will Caila be one of the first set of women to get axed from the show?

“The Bachelor” 2016 spoilers revealed that Caila Quinn will not be eliminated during the first show. In fact, she reportedly is one of the final three women. Reality Steve speculated that the promo is nothing but clever editing, and Ben Higgins could have been referring to someone else—not Caila Quinn.

It obvious if she makes it to the final three, she must have chemistry with “The Bachelor” star.

Ben Higgins noted he knew early on in the season who he wanted to give the final rose to, and his decision did not change as he got to know the women. Ben explained he cared about several of them women; however, only one stole his heart. CDL has already reported the alleged winner of The Bachelor Season 20!

An inside source revealed, “The season has essentially been over since about half way through. All the ladies knew that Ben’s heart belonged to one particular contestant.”

“The Bachelor” looks like it will be a Bachelor Season 20 full of action and drama. Is it possible that Ben Higgins really believes that drama queen Caila Quinn is ‘crazy’ right from the start? Come back later for more CDL “The Bachelor” spoilers, inside updates, and news!