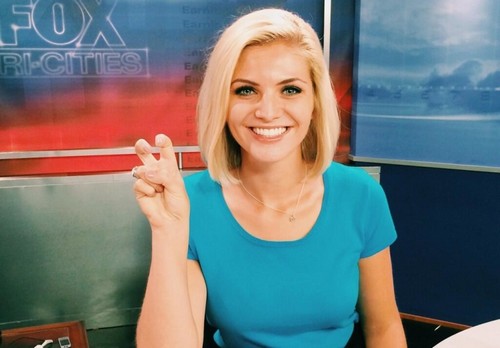 The Bachelor 2016 spoilers tease that a fake contestant, Olivia Caridi, is trying to trick Ben Higgins to boost her career! Season 20 Bachelor Ben Higgins met 26 women in September and began filming the ABC reality TV show, which will be premiering in January 2016. Spoilers and reports are already rolling in about Ben Higgins’ potential wives, even though ABC has released the official Season 20 cast roster yet. So far we know that alums Becca Tilley and Amber James are on the show, among several other women – including a set of twins.

According to a new report, one of the women is totally playing Ben Higgins, and using The Bachelor to boost their own career. What? A reality TV contestant joining a show for their own personal gain? You don’t say! Bachelor 2016 spoilers in this week’s edition of Life & Style Magazine reveal that 23 year old Olivia Caridi is currently dating Ben Higgins – not only does she have a boyfriend back home, but she joined the show because she is an aspiring news broadcaster and though that it would gain her some exposure.

Life &Style Magazine is reporting that Olivia lied when she auditioned for the show and said she was single, but according the informative blog, Ok! Here is the Situation she was actually dating a guy back home named Josh Rose. As soon as she learned she would be on The Bachelor, she promptly dropped Josh like a bad habit and jetted off to start filming.

An inside source dished to the tabloid, “She is opportunistic, she is fake, and she is only on The Bachelor for fame. Olivia has been giving the impression to her castmates that she is Christian like Ben, but I heard she is an Atheist. It is just another ploy to get his attention.”

There is an Olivia Caridi on every season of The Bachelor and The Bachelorette. Here’s to hoping that Ben Higgins catches on to her game sooner rather than later and doesn’t take her all the way to the final two, or even worse propose to her! Are you as excited as we are for the premiere of Season 20 of The Bachelor? Let us know what you think in the comments below!