Ben Higgins Hooking Up With The Bachelor 2016 Twin Sisters Emily And Haley Ferguson? 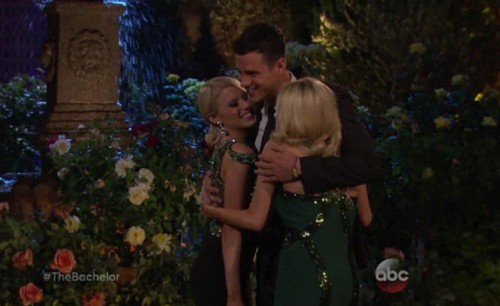 “The Bachelor” spoilers tease that Ben Higgins will be dating twin sisters Haley Ferguson and Emily Ferguson on Season 21 of the ABC reality show. Higgins basically just hit the jackpot and is living every man’s dream – or worst nightmare. How exactly does one date sisters, let alone twins, without things getting awkward and dramatic?

“The Bachelor” Season 21 spoilers tease that at least one of the twins actually makes it pretty far in the show, and today we got a sneak peek of Ben Higgins meeting Emily and Haley Ferguson for the first time. Obviously, Bachelor Nation is dying to know how this is supposed to work. Considering the fact that the twin drama is something that the producers are capitalizing on this season – they will probably go out of their way to make the situation even more awkward and uncomfortable than it already is.

In “The Bachelor” producers’ defense – it looks like Emily and Haley Ferguson probably won’t mind being the butt of tasteless twin sister sex jokes, word on the internet is that they joined the show in search of fame, not a husband. This is actually not their first stint on reality television – they tried out for the Dallas Cowboys cheerleading squad and were featured on the CMT reality show about the Cowboys cheerleaders.

What do you think of Ben Higgins dating twin sisters on “The Bachelor?” Will Ben Higgins hook up with Emily and Haley Ferguson? Let us know what you think in the comments below!