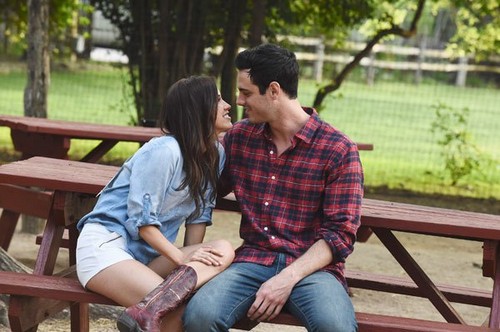 The Bachelorette 2015 spoilers tease that the “Men Tell All” episode of Season 11 will air on Monday July 20 and fans of the ABC reality TV dating show will not want to miss a single second of the drama. Kaitlyn’s exes will be taking the stage and revealing some juicy secrets about the show that never made it on the air – and there will be some surprising confessions and even an unexpected apology when Kaitlyn gets in the hot seat and is interviewed by Chris Harrison.

Season 11 of The Bachelorette has been a wild and crazy ride, with all of the drama that has been going down in the last few episodes between Nick Viall and Shawn Booth – it is hard to remember what happened before Kaitlyn and her guys travelled to Ireland. But, try as hard as we might – we can’t seem to forget about Ian Thomson, who was dubbed a complete “douchebag” by viewers on social media.

For those of you who don’t remember, Ian started off sweet and all – and then he did a complete 180 and turned on Kaitlyn, accusing her of being shallow and “surface level,” he even went as far as to accuse her of joining the show just so she could make out with 20 dudes on TV. After he quit The Bachelorette, Ian Thomson campaigned hard in the limo and announced he should be the next Bachelor – suffice to say that isn’t happening. According to The Bachelorette 2015 spoilers, Ian will apparently have another change of heart (seriously how is he not Dr. Jekyll and Mr. Hyde), and he will take the stage and sob as he begs Kaitlyn for her forgiveness and apologizes for what he said.

In Touch Magazine’s spoilers for the “Men Tell All” episode also indicate that fans can expect to see Jared Haibon take the stage – and he is still devastated over being dumped by Kaitlyn Bristowe and insists he is still in love with her. The magazine’s inside sources dished that at the taping of the “Men Tell All” episode, “Jared is still hung up on Kaitlyn! He said that he still hears songs by the Cranberries in his head. He can’t move on.”

Of course, the most interesting Bachelorette 2015 spoilers regarding the “Men Tell All” episode are about Kaitlyn Bristowe’s second runner up Ben Higgins. An audience member at the “Men Tell All” Episode dished to In Touch Magazine, “He confronted Kaitlyn and asked her why she felt the need to tell Shawn that she slept with Nick, but not him? She gave him some lame excuse about how relationships move at different speeds and she felt Shawn needed reassurance.” On the bright side, Ben Higgins is reportedly the next Bachelor – so hopefully he can find someone who treats him a little bit better than Kaitlyn Bristowe did.

Are you as excited as we are for the “Men Tell All” episode? DO you think that Ben Higgins has a point, why didn’t Kaitlyn come clean to him? How fake is Ian Thomson’s apology? And do you feel bad for Jared, or is it time that he moved on? Let us know what you think in the comments below and don’t forget to check CDL tomorrow for more Bachelorette 2015 spoilers and news.