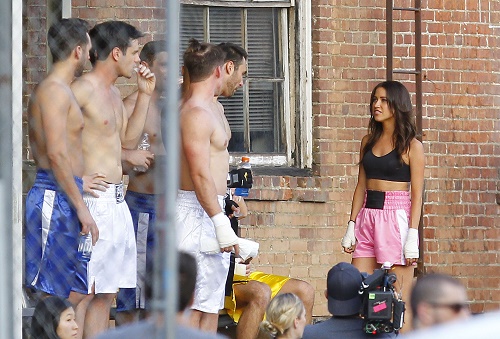 Bachelorette 2015 spoilers reveal that after Kaitlyn Bristowe was chosen, Brady Toops opted to drop out of the show because he was only there for Britt Nilsson. So the Bachelorette producers decided to keep Britt around and send her and Brady out on dates as well as Kaitlyn and her guys. When Season 11 premieres in May, we will get to see Kaitlyn Bristowe and Britt Nilsson and both of their searches for love.

Kaitlyn Bristowe may have lost one guy to Britt Nilsson, but she gained another! According to a shocking Bachelorette 2015 spoiler from Reality Steve, Andi Dorfman’s ex Nick Viall crashed one of Kaitlyn’s group dates in New York City and begged her to let him join the show, and then they were spotted making out at Chelsea Pier!

This isn’t the first time a former contestant has tried to compete for a new Bachelorette. Remember that awkward scene last year when Chris Bukowski pleaded with Andi Dorfman to let him join her show, and she turned him down? Well, Kaitlyn didn’t turn Nick Viall down! According to Reality Steve, Nick Viall is in the running for Kaitlyn Bristowe’s heart and he was spotted boarding a plane to San Antonio for the next round of filming.

So are you as excited as we are for the next season of The Bachelorette? Do you think that Britt Nilsson will steal any more of Kaitlyn’s guys? Last year, Nick Viall made it all the way up to the final two – do you think he will make it to Kaitlyn’s final two as well? Let us know what you think in the comments below and don’t forget to check CDL tomorrow for more Bachelorette spoilers, news, and updates.