‘The Bold and the Beautiful’ Spoilers: Independence Day Bash Heats Up – Aly Lashes Out at Oliver – Vivienne Wants Nicole Home

BY Heather Hughes on July 3, 2015 | Comments: one comment
Related : Soap Opera, Spoiler, Television, The Bold and the Beautiful 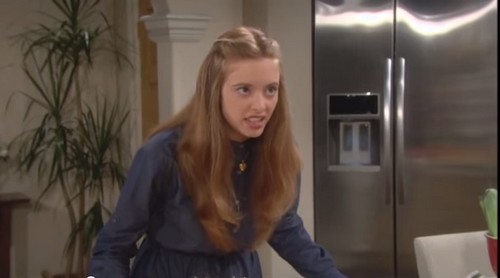 “The Bold and the Beautiful” spoilers for Friday, July 3, tease that the Forresters and Spencers will put together a big bash for Independence Day. It seems like everyone is hoping to put the recent scandal to rest and look to the future. Rick (Jacob Young) and Maya (Karla Mosley) have made peace with Ridge (Thorsten Kaye) being in charge. Likewise, Eric (John McCook) is willing to overlook the approach Ridge used to become CEO. Even Maya and Caroline (Linsey Godfrey) have ended their longstanding feud. As for Bill (Don Diamont), he’ll probably continue to be the same ruthless stinker he’s always been.

Nevertheless, a party like this might be a helpful way to show everyone that both Forrester Creations and Spencer Publications are moving on. It appears another pair of recent enemies might call a truce. “The Bold and the Beautiful” spoilers reveal that Steffy (Jacqueline MacInnes Wood) will say she’d like to try getting along with Ivy (Ashleigh Brewer). Ivy will agree it might be a good idea now that they’re working together. Steffy will reply that it’s more than that. Ivy and Steffy are family. Of course, all’s fair in love and war. As the battle for Liam (Scott Clifton) heats up, it’s hard to believe this truce will last indefinitely.

Steffy certainly hasn’t made any progress in getting through to Aly (Ashlyn Pearce). Aly will be in rare form as the rest of the Forresters celebrate. When Oliver (Zack Conroy) takes some pictures of Steffy as part of a company photo shoot, Aly will voice her displeasure. Aly will tell Oliver to try being a little more subtle about the way he’s looking at Steffy in her bikini. It’s clear that Aly isn’t going to let this grudge go anytime soon. B&B rumors say the situation could get ugly.

Meanwhile, Vivienne Avant (Anna Maria Horsford) will show up in town. “The Bold and the Beautiful” spoilers hint that Vivienne will want Nicole (Reign Edwards) to come home. Vivienne is convinced that Maya has been a bad influence and she’ll think Nicole needs to leave Los Angeles this instant. However, you can bet that Nicole won’t budge. Nicole is on “Team Maya” now and Vivienne will have a fight on her hands. Stick with the CBS soap to watch Vivienne spar with her daughters.

So B&B fans, what do you think about the news that the Forresters and Spencers will throw a party? Will it help them put their issues to rest? Will Steffy and Ivy make some updates to how they treat each other? Could Aly lose Oliver because of her crazy behavior? Will Vivienne’s arrival cause big trouble? Let us know what you think in the comments below and don’t forget to check CDL tomorrow for the latest “Bold and the Beautiful” spoilers, rumors, updates and news.

The Bold and the Beautiful video preview for Friday July 3