The Bold and the Beautiful Spoilers: Ivy Fails To Stop Rick and Maya – Ridge Shocked To Learn Eric Signed Over Company 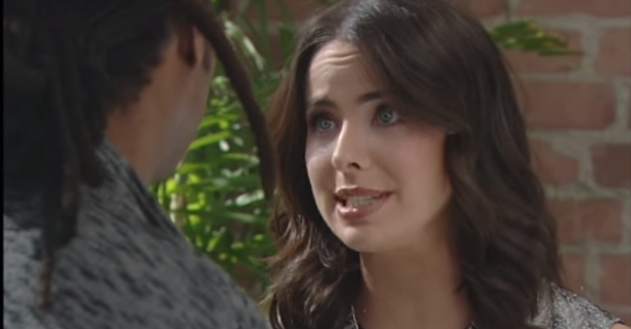 The Bold and the Beautiful sneak peek video of Friday’s episode shows Maya confiding in Othello again about her and Rick’s scheme. She confidently informs him, “Rick can’t play Caroline’s happy husband forever.” Meanwhile, Ivy Forrester has apparently decided that she is going to put the brakes on Maya and Rick’s scheme, and in the spoiler video, she demands that Othello tell her what he and Maya were just discussing and if her and Rick have something huge planned. Unfortunately, it looks like Ivy is too little too late. The Bold and the Beautiful spoilers for January 2nd reveal that Eric Forrester officially signs the company over to his son Rick. In the promo video, Rick waves a piece of paper in his brother Ridge’s face and tells him, “It’s too late, it has already been signed.”

It looks like Rick and Maya’s scheming and sneaking around has finally paid off — and everything is falling into place perfectly for them. Do you think that now that Rick has full control of Forrester Creations he will kick Caroline to the curb and divorce her? Or has he been paying Maya as well? What will Rick’s first order of business be as the official head of the company — firing his brother? Let us know what you think in the comments below and don’t forget to check CDL tomorrow for more Bold and the Beautiful spoilers and news.